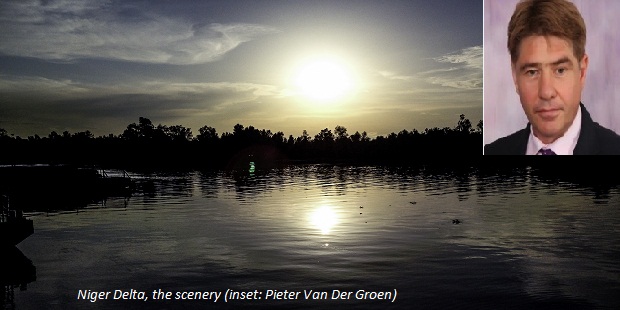 Bayo Ayorinde, Chief Executive of Eland Oil and Gas at the time of the merger with Seplat, chose not to move into the new arrangement.

So did Pieter Van Der Groen, who was Eland’s Director of Business Development and former Chief Operating Officer.

Seplat purchased Aberdeen based company Eland Oil & Gas for $480Million, in a move which led to the delisting of the latter from the AIM segment of the London Stock Exchange.

In the new arrangement, Eland’s 30,000Barrels of Oil Per Day operations will remain outside Seplat; the company will be run as a subsidiary of Seplat.

Ayorinde joined Eland as Managing Director of Nigerian operations in 2015, after serving in Operations and Maintenance (O&M) services for Oriental Energy.

He has a degree in Chemical Engineering from the University of Ife and completed a General Management Programme at Harvard University. He started his career with Ashland and rose to the level of onshore Production Manager before leaving for Texaco Overseas where he served as Head of HR in Warri, the hub city in the Western Niger Delta. Afterwards, he worked for Moni Pulo and Allied Energy as Executive Director and COO before joining Afren in 2009. He was the Managing Director at Afren from 2011 before going to Oriental Energy.

Ayorinde currently freelances as a consultant for Seplat, as he prepares his next move.

Van Der Groen trained at the Universities of Auckland and Aberdeen, started his career with Schlumberger as a geologist in London, moving on to become a wireline engineer in South East Asia and West Africa. After his field work, he trained as a log analyst with Schlumberger in London for multiple clients. worked at Schlumberger Oilfield UK PLC. He moved to Amerada Hess initially as a Petrophysicist in the international team, then to technical and management roles. He then worked briefly with Gulfsands Petroleum in Syria as Deputy General Manager. In Nigeria he spent four years as General Manager of an independent oil company where he oversaw onshore development and production in the Niger Delta.