NDEP Gets a Licence to Operate the 5,000BOPD Refinery 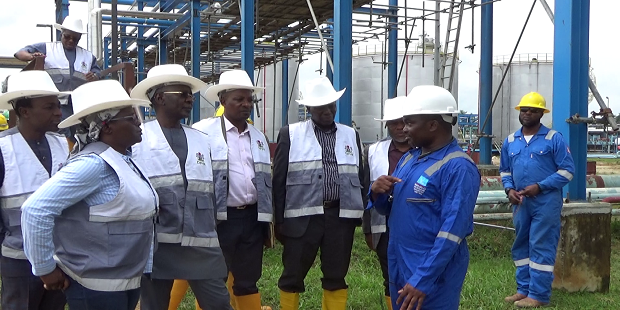 The Nigerian Ministry of Petroleum has issued a second license to Niger Delta Exploration & Production (NDEP) to Operate a Refinery in Nigeria.

This licence is for a 5,000Barrels Per Stream Day Train.

The first licence to operate (LTO) such a facility issued to the company, awarded in 2012, was for a topping plant to convert 1,000BOPD of crude oil to diesel.

That topping plant has been the only private refinery operating in the country since.

In those eight years, the plant has output over 140Million litres of diesel.

NDEP’s Train 2, which has now just received an LTO is the first expansion.

Although it had been ready since January, the LTO is the government’s formal sign off on it to start doing business. The train produces Dual Purpose Kerosene (DPK), Jet fuel, more diesel, marine diesel “and there is no Sulphur in it so it meets the international specification of marine diesel already and finally, Heavy Fuel Oil at the bottoms of the distillation column”, says Layiwola Fatona, Managing Director, NDEP.

“This is a phenomenal attainment”, Fatona said in a note to the company staff. “It had been a very long and traumatic journey. It was fraught with challenges, hard decisions and much of Human and Financial Capital expensed by your company”, he explained. “Perhaps, it is humbling to say, this must be the only of its type in Africa. Feeding Crude Oil and gas, produced from a Marginal Field into its own processing and Refining facilities. We still have a long way to go and a 3rd Record Breaking Milestone is just around the corner”.

The company is finalizing the construction of Train 3, which will take the entire refining capacity on the Ogbele asset to 11,000BOPD. That facility has the added responsibility of producing the same set of products that Train 2 produces, as well as including the Premium Motor Spirit(PMS), the fuel of land transportation.

“All Mechanical erections in respect of Train 3 are completed”, Fatona explains. “Electrical and Instrumentation has another week or so to go to total completion and full readiness”, he says. “We are now ready for Pre-Commissioning with start of Technical checks.”

NDEP expects the full ceremonial commissioning when the travel bans are lifted, and the Plant Fabrication Contractors (Chemex) are able to return.