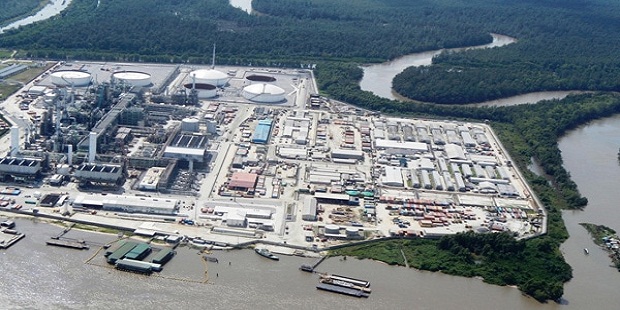 South African synfuels giant Sasol, says it has signed an agreement with Chevron Corporation for the sale of its indirect beneficial interest in the Escravos Gas to Liquids (EGTL) plant, in Nigeria.

The company has also inched close to finalizing the sale of its equity in the Republic of Mozambique Pipeline Investment Company (Rompco) and the Central Termica de Ressano Garcia gas-fired power plant, also in Mozambique.

EGTL commenced beneficial operations in June 2014, 15 years after the idea first came on the drawing board. Its original cost started out at $1.9Billion, when Final Investment Decision was taken in 2005. The cost rose to $5.9Bllion in 2009 but continued to escalate, raising government and partner concerns.  The plant has an initial capacity of 34,000 barrels per day.

Chevron Corp signed global JV with Sasol Ltd as well as the global JV supplementary agreement that specifically related to Nigeria. In the beginning it was 50:50 risk sharing agreement between the two companies. The agreement with Sasol is offshore and managed as such. In Nigeria, state owned firm NNPC took 25% and Chevron Nigeria had 75%. As costs escalated and the project was delayed, Sasol drastically reduced its stake.

In its release, Sasol did not disclose how much it expected to make for the EGTL disposal, but it did say that the transaction had an agreed economic effective date of September 1, 2019.

The Rompco pipeline, an 865km facility which transports around 500Million standard cubic feet a day of gas from Sasol’s Pande and Temane gasfields, in southern Mozambique, to South Africa, is a more strategic asset to Sasol.

The other shareholders in the pipeline include the Mozambican state hydrocarbon company Companhia Mocambiçana de Gasoduto (25%) and the South African Gas Development Company (25%), also known as iGas, a subsidiary of South Africa’s Central Energy Fund (CEF).

Sasol is aiming to realise between $2- and $5-Billion in proceeds from the disposals, initiated to help reduce its $10Billion debt burden by $6-billion by the end of its 2021 financial year.