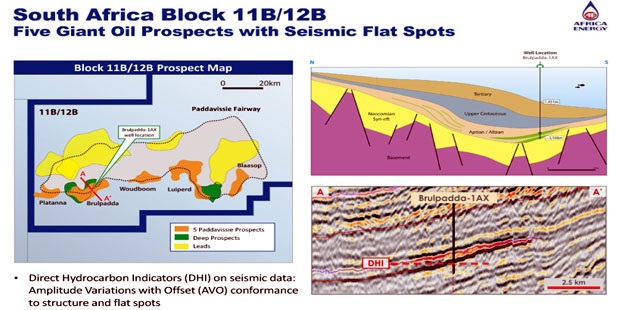 TOTAL will return to drill in the rough waters offshore South Africa’s Cape Agulhas in September.

The French major will be commencing a multi-well drilling programme, beginning with the spud of the Luiperd Prospect, in the first follow -up to the Brulpadda oil and gas discovery it encountered in February 2019.

Luiperd-1, reputed to be the largest prospect in the Paddavissie Fairway (on which the Brulpadda itself is hosted), will be the first to be drilled by the semisubmersible rig Deepsea Stavanger, operated by Odfjell Drilling.  Two other wells are expected to follow in short order.

That the rig is currently mobilizing from Norway to South Africa, indicates the end of the idle period in the agreement between TOTAL South Africa and Odfjell Drilling. The programme was to have commenced in first quarter 2020, but restrictions effected by COVID-19 complications compelled the two parties to agree  that “Deepsea Stavanger will remain idle in Norway for a period prior to the mobilisation of the rig” and that “Odfjell Drilling will be compensated by TOTAL during this idle time”. The agreement also indicated that “once the idle period is complete, the rig will mobilise to South Africa to commence its charter as planned”.

Africa Energy, a minority partner in the licence holding and operations, declares its excitement “to begin the next phase of exploration drilling on Block 11B/12B offshore South Africa. in order to spud well by September”. The Canadian minnow explains that the prospect, Luiperd ’has been de-risked by the nearby Brulpadda discovery and subsequent 3D seismic work.”

Block 11B/12B is located in the Outeniqua Basin 175 kilometres off the southern coast of South Africa. The block covers an area of approximately 19,000 square kilometers with water depths ranging from 200 to 1,800 meters. The Paddavissie Fairway in the southwest corner of the block includes several large submarine fan prospects.