Malabu: ENI’s Descalzi Has Won the Politics, but Can He Escape Judicial Conviction? 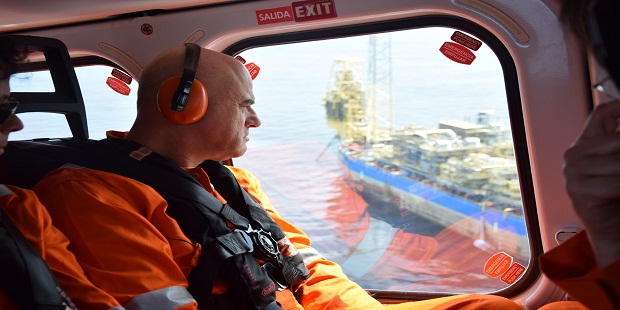 ENI is wrestling with the request by the Italian Public Prosecutor for conviction of the Company, its former and current CEOs and the managers involved in the Malabu case.

The company says the pursuit of convictions “are completely groundless”.

Mr. Descalzi has held the reins of the Italian E&P major for six years. His appointment, last May, for a third term of another three years by the President of Italy, is clear indication that he has won the politics of the most important challenge to his reputation.

Sergio Mattarella’s government is either convinced  that Desclazi is untainted by the Malabu case, involving alleged corrupt dealing with Nigerian officials in the course of the purchase of the Oil Prospecting Licence (OPL)245, or it would rather have a seasoned technocrat at the helm of its largest energy company to steer the country into the green economy, however smeared that technocrat is.

So, the political arm of the Italian government has signaled that it is comfortable with the 65-year-old, hard-working graduate of Physics from the University of Milan, but the country’s Judiciary has indicated, consistently, that it is not sure he is clean.

The fact that the state prosecutor is still pursuing “a conviction of the current CEO” says a lot about how it is convinced of wrongdoing.

ENI has insisted on its innocence, both in court and in public. “During its indictment, in the absence of any evidence or tangible reference to the contents of the trial investigation, the Public Prosecutor has told a story based on suggestions and deductions as already developed during the investigation. This narrative ignores both the witnesses and the files presented within the two years long and more than 40 hearings proceeding, that have decisively denied the prosecutorial hypothesis”.

Descalzi, who has been ENI’s CEO since May 2014, is on course of being the longest serving CEO of ENI in 30 years, if this case does not stop him.

He joined the company in 1981 as a young reservoir engineer. His career took off in 1994, when he was appointed Managing Director of the company’s subsidiary in Congo. Four years later he was Vice President & Managing Director of NAOC, a subsidiary of ENI in Nigeria. From 2000 to 2001 he held the position of Executive Vice President for Africa, Middle East and China. From 2002 to 2005 he was Executive Vice President for Italy, Africa, Middle East, covering also the role of member of the board of several Eni subsidiaries in the area. In 2005, he was appointed Deputy Chief Operating Officer of the Exploration & Production Division in Eni. From 2006 to 2014 he was President of Assomineraria and from 2008 to 2014 he was Chief Operating Officer in the Exploration & Production Division of ENI. From 2010 to 2014 he held the position of Chairman of ENI UK.

ENI’s press release earlier today, July 22, 2020 repeats the claim it has always made: “ENI and Shell paid a reasonable price for the license directly to the Nigerian Government, as contractually agreed and through transparent and linear means. Furthermore, Eni neither knew nor should have been aware of the possible destination of the money subsequently paid by the Nigerian government to Malabu. Moreover, the payment was made after an inquiry carried on by the UK’s Serious Organised Crime Agency (SOCA).

“So there can therefore be no bribes from ENI in Nigeria, no existence of an ENI scandal. ENI recalls the decision of the Department of Justice and the US SEC, which decided to close its own investigations without taking any action against the company.

“The multiple internal investigations entrusted to international third parties by the company’s supervisory bodies have long since highlighted the absence of unlawful conduct. ENI trusts that the truth can finally be re-established following the defensive arguments that will be presented at the end of September, pending the Milan Court’s forthcoming verdict”.