Egypt, Ethiopia Far from a Truce over Massive Hydroelectric Project 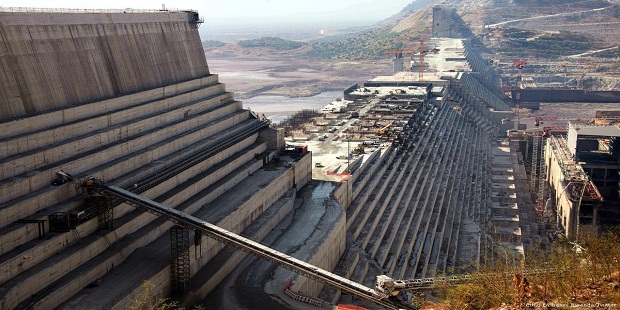 An agreement is still quite far-fetched between the three countries in the conflict over the largest hydroelectric power project in Africa.

Egypt’s Irrigation ministry says that the current round of negotiations, which concludes Friday, is not heading anywhere.

Egypt, Ethiopia and Sudan have been in talks regarding the impact on the flow of water in the River Nile, from the construction of the Grand Ethiopian Renaissance Dam (GERD) by Ethiopia.

At 6,450MW, the dam, formerly known as the Millennium Dam, will be the largest hydroelectric power plant in Africa, when completed.

Located in the country’s Benishangul-Gumuz Region, 15km east of the border with Sudan, it will also be the seventh largest in the world.

The gravity dam on the Blue Nile River has been under construction since 2011.

As of October 2019, the work stood at approximately 70% completion., but the filling of the reservoir, scheduled to begin in July 2020, is what is being held up by complaints from Egypt, which insists that the work will drain away large volume of water from its own section of the river.

An emergency meeting and videoconference of the Executive Council of the African Union, chaired by the South African President Cyril Ramaphosa, a week ago, resulted in considerable ease of tension.

After the talks, Egypt, Ethiopia and Sudan agreed to postpone the impoundment of the gigantic dam.

Sudanese Prime Minister Abdalla Hamdok said in a statement that it had been “agreed that the filling of the dam would be postponed until an agreement was reached”.

Mr. Hamdok added that “Sudan is one of the main beneficiaries of the dam, but also one of the big losers if the risks are not limited, which is why it reminds Egypt and Ethiopia of the absolute need to find a solution, “.

The Nile, which flows over some 6,000 km, is an essential source of water and electricity for a dozen countries in East Africa. Egypt gets 97% of its water needs from this river.