In Pursuit of Africa’s Green Deal 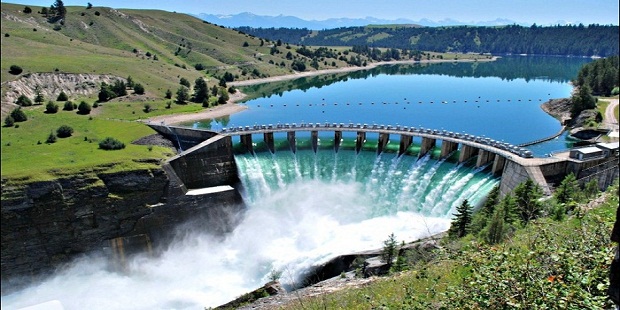 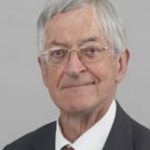 “The call to leave fossil fuels in the ground is a Western narrative and fails to factor in the needs of low-income Africans who would gain from a strategic approach to oil and gas operations, job creation and local enterprise opportunities,”. Quoted by NJ Ayuk, Chair, African Energy Chamber in Upstream.

NJ Ayuk’s remarks are directed to the IMF, IEA, and OECD, who are urging African countries to abandon their oil and gas assets and instead become pro-active and join the Energy Transition.

Solar, wind and hydropower are the symbols of this transition.

Setting the Scene: The External Constraints

While Ayuk’s sentiments  may strike a responsive chord it also invites a measured response. The Energy Transition is global and not restricted to Africa. It supercedes national boundaries.

The response from the oil and gas community, given that many of the oil majors work on a global basis, is also done on a global basis. This past six months, with the double curse of an oil trade war and COVID-19, the response was a global lockdown, regardless of where the majors had operations. While this double jeopardy has little to do with the Energy Transition, the global affect factor is omnipresent.

Of importance to Africa is the rate of impairment to oil and gas projects on a global scale. The most radical sign was  TOTAL’s writing down two oil sands projects in Canada which it had categorized previously as “proven assets”.

The SPE (Society of Petroleum Engineers ) on behalf of the industry,  is responsible for categorizing oil and gas reserves. The category “proved reserves”is the gold standard for indicating  a company’s oil and gas reserves. If proven reserves indeed becomes the equivalent of stranded assets this should sound off alarm bells in the board rooms of all the majors.

TOTAL’s strategy is focused on the  two energy scenarios developed by the IEA (International Energy Agency). Stated Policies Scenario(SPS) is geared for the short/ medium term;  Sustainable Development Scenario(SDS) for medium/long term.  The scenarios are in line with the Paris Climate Agreement. Taking the “well below 2oC ”SDS scenario on board, TOTAL has in essence taken on a new classification system for struggling oil companies seeking a green future.

ExxonMobil is following a similar line. In a recent filing with the US Securities and Exchange Commission, the company indicated that it is possible it will write down its  Kearl Project proved reserves in the Canadian Oil Sands of its Canadian affiliate Imperial Petroleum, which account for 20% of the company’s 22.4 BOE ( billion barrels  oil equivalent) reported at year 2019.

Finally there is the Deloitte study entitled “The Great Compression: Implications of COVID-19 for the US  shale market”. Deloitte is forecasting impairments of up to $300Billion; and 30% of shale operators are technically insolvent.

The Deloitte study notes: “New telecommunicating norms, regionalized trade and supply chains and the stable business profile of new energies have fast forwarded the spector of peak demand to the present”.

What the study is really concluding is that the oil and natural gas infrastructure is crumbling before our eyes and being replaced by new energy which is reliable and stable!

For the service sector both Rystad Energy and the Boston Consulting Group have little good news. At the beginning of this year, according to Rystad, ultra-deep day rates were moving to the mid- $250, 000 –$260, 000 for spot work, and expecting to cross the $300 000 threshold for work with long lead times. Now further rate drops could push day rates to a level of the offshore driller’s operating expenditures.

The Boston Consulting Group, in a recent study, concluded that in 2021 the service sector will be asked to reduce costs between 20 -25%.

Africa has 10% of the world’s oil reserves and 8% of the natural gas reserves.

African countries are also revising their energy plans. Angola’s Council of Ministers  approved a revised hydrocarbon exploration strategy that will be in effect until 2025. The strategy aims to guarantee a baseline production of over 1MMBOPD (Million barrels per day) by 2040 and the discovery of 17.5Billion bpd of oil (barrels per day) and  27 tcf of natural gas. Currently the country’s production is 1.2MMBOPD.

In a mature petro-economy where oil assets are starting to age, perhaps a bold strategy.  Yet the Government with this plan is admitting that production will  be halved compared to  the 1.8MMBOPD of a decade ago.

Angola’s goal of 1MMBOPD of production is not guaranteed.  A writ from the Angolan Government having such a strategy is dependent on  factors beyond its control. Is there any guarantee that a portion of these potential reserves will  not become stranded assets?

What about the majors, in particular TOTAL, which has a dominant position in Africa. In the past months TOTAL’s strategy was to reduce spending, sell marginal North Sea assets, buy Tullow’s Uganda assets at fire sale prices, and seek financing of its  Mozambique LNG project.

The speed of bringing projects to market will not be determined by the Government of Angola, but rather TOTAL’s pursuit of following the IEA norm of well below 2oC.

Clark Butler, author of the IEEFA’s (Institute for Energy Economics and Financial Analysis) reports in a  study “Oil Supermajors’Trajectory Towards Renewables Needs to Scale Up and Speed Up” that TOTAL must drastically increase its renewables and decrease its carbon intensity if it is to meet its climate goals. This can only mean reducing its carbon footprint and yes, in  Africa, and in this case Angola will be thrown under the bus.

Is Angola the exception? Not likely. Other African producers  have varying energy and environmental  policies. Africa is a house divided. Many countries, Many policies.

An African answer can possibly be found  in the long-delayed African Continental Free Trade Area (AfCTFA) which kicks in next year. Then  1.2Billion people across 55 nations needing access to an integrated regional energy market supported by local supply chains and intra-African trade will take place.

Highlighting the agonies of the oil and gas sector tends to blot out the march that renewables are making. Again take Angola and the goals that are being set:

Finally, a small footnote to congratulate Dr Akinwumi A Adesina, President of the African Development Bank on his re-election for a five-year term. Under his leadership “Light Up and Power Africa”became a key theme of the Bank.

The Bank Group has approved a 125% increase in the General Capital of the Bank raising its capital to $208Billion from $93Billion, the largest in the history of the Bank.

In the next five year period of his Presidency oil and gas assets should be viewed as a currency to finance the next step of the energy transition ensuring that Africa can  design and build its own Green Deal.