AKK: Why the Viability is Fuzzy and Delivery Timeline in Doubt 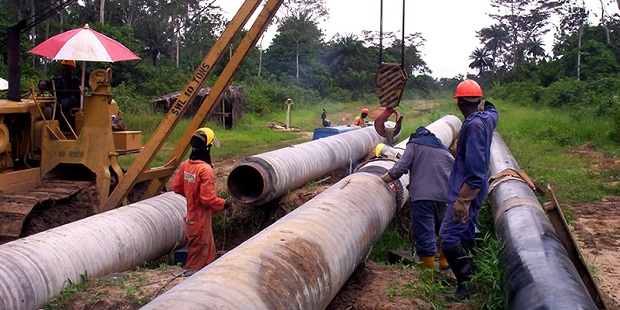 At 614 kilometres long, and running through four states, the Ajaokuta -Kaduna-Kano (AKK) National Gas Pipeline in Nigeria is the kind of infrastructure project that is described in the country’s Economic Growth Plan as transformational.

If the theory holds true that gas utilisation projects have a way of following the availability of the core trunk lines. and that every $1 spent investing in gas development and infrastructure will translate to a $3 increase in GDP, we should applaud the inauguration of AKK’s construction.

What has invited so much scrutiny is the Nigerian government’s decision to provide Sovereign Guarantees for the loan taken to construct the Project.

It is so, in part because, this is the first of several gas pipeline projects by NNPC that would come with a loan tag. The state hydrocarbon company constructed the Escravos Lagos Pipeline System and the Oben Ajaokuta gas pipeline from its balance sheet. NNPC has not disclosed that it is borrowing money to construct the 130km, 48 inch Oben-Obiafu /Obrikom pipeline, the biggest such infrastructure in the country.

But with the AKK project, the cash strapped petrostate is staking money from its depleted treasury to shoulder as much as $2.1Billion, net of interest, should there be the most extreme default in paying the loan from The Bank of China and Sinosure, a Chinese export and credit insurance corporation.

The timing and prioritization of the AKK project, in the context of other urgent deliverables in the Nigerian gas grid, the opportunity deliberately thrown away for private sector investment in our infrastructure queue as well as NNPC’s poor record of project delivery, are other issues that make the state’s financing of the AKK quite concerning.

Lenders, as a rule, call for offtake agreements as well as evidence of ability to pay, as preconditions for loans to gas projects.

The NNPC, promoter of this wide diameter (40 inch) line, does not have any Gas Sales Agreement with any factory, manufacturer, or plant, for gas from the project. Instead, it has pledged its entire receivables from gas flows from the existing pipelines today (Escravos Lagos Pipeline System ELPS, Oben-Ajaokuta Pipeline and West Africa Gas Pipeline WAGP) and used that to pledge in terms of the tariff. The tariff-receiving companies are the two gas subsidiaries of the NNPC: Nigerian Gas Processing and Transportation Company and the Nigerian Gas Marketing Company.

NNPC has admitted, in public, that generating the revenue to pay the loan is a tall order. Indeed, the need to convince the lenders it could raise financing for the project, hastened the government’s decision to launch the Gas Transmission Network Code, which takes off in mid-August 2020.

“We didn’t want to burden the National Treasury with funding the construction of the AKK pipeline”, Yussuf Usman, the corporation’s Chief Operating Officer Gas and Power, told a panel session at the Sub Sahara Africa International Petroleum Conference (SAIPEC) in Lagos in late February 2020.  “But when we went out to financiers, and told them we would guarantee the loan with payment from the gas in the various domestic gas transmission pipelines, they asked for volumes”, he explained. “The volumes did not add up”, he said.  “We knew we had to launch the Gas Network Code so that there would be assured volumes and they can be determined”.

President Muhammadu Buhari declares that the pipeline would provide gas for the generation of power and for gas-based industries to facilitate the development of new industries. The president promises that AKK would “ensure the revival of moribund industries along transit towns in Kogi, Abuja, Niger, Kaduna and Kano states”.

For one, the power plant Mr. Buhari refers to, is still on the drawing board.  It was only last February that NNPC received a USAID grant for its feasibility studies.

For another, moribund industries along the AKK corridor notwithstanding, the anticipated industrialization will take time to fledge, but the loan repayment will start being called before any sizeable industrial project takes hold.

Supporters of the AKK project stretch the argument when they compare this project with the ELPS, which some recall, in the original plan, was proposed to be a 12 inch pipeline. “NNPC in its wisdom decided to build a 36” pipeline”, these supporters contend. “As of ten years ago, that capacity, 1Billion standard cubic feet per day (1Bscf/d), was already filled up because gas is about availability”, they enthuse. “Today, we are building a loop around ELPS to double the capacity”, they cheer.

These “facts” have hidden one uncomfortable truth: the ELPS never achieves 100% uptime, so the 1Bscf/d, under NNPC management, has been a façade.

35 years ago, as a young energy reporter for The Guardian of Lagos, I was at the commissioning of the 1,300MW Egbin Power Station in Ikorodu, in the north of Lagos. Tam David West, who was then the Nigerian Minister of Power, said that the nation was anticipating the construction of the ELPS to deliver the gas that would replace the High Pour Fuel Oil, that was being used to fire the turbines at Egbin at the time.

When the ELPS was commissioned 14 years later, the market was ready with, apart from the largest power plant in the country, industrial enterprises along the Ikeja-Ikorodu corridor that were offtakers of natural gas.

The AKK is unlikely to be delivering, in the near future, to that sort of market, so its funding should have been differently thought through. And a key question is why NNPC is insistent on throwing itself at this project which started with the Korea National Oil Company proposing to execute-net of Nigerian national treasury-as part of their taking up two deepwater exploration acreages?.

NNPC, as project manager and executor, is itself a poor advertising for the timeous delivery of any project. It has been constructing two similar grid length gas pipelines, planned for four year execution, for over eight years without visible indication of their completion. It has been looping (constructing a parallel line of the same length) the Escravos Lagos Pipeline System since 2012.  It has also been constructing the Obiafu-Obrikom Oben (OB3) pipeline since 2012. There is no clear line of sight to completion of these projects. And in none of its reports has there been indication of what the delays on the projects mean in terms of haemorraging value.

These two projects are more urgent, in respect of immediate inflow of investment and cash to the Nigerian economy, than the AKK.

The ELPS is the primary ferry from the biggest gas processing plants, aimed at the domestic market. These processing plants; Chevron operated Escravos Gas Processing Plant, Seplat operated Oben Gas Plant, and NPDC operated, with NDWestern, Utorogu and Ughelli plants, have the combined capacity to deliver 1.3Billlion standard cubic feet of gas per day, but persistent downtime on the ELPS ensures the gas volumes cannot fully be pumped into this artery and our power plants, those of them that could offtake, don’t receive what they could. So, while NNPC claims it is doubling the capacity of the ELPS, neither the “original” line, nor the “new” line under construction, combined, is delivering anywhere near 80% of a single line (800MMscf/d).

The Dangote Fertiliser gas offtake agreement (75MMscf/d) with Chevron depends on the flip flop of the ELPS uptime, so does Axxela Ltd’s plan to export gas (30MMscf/d) from the western Niger Delta to Togo. Axxela is even working with NNPC to see how they can complete the looping project. This is the scale of incapacity of a company that wants to “own and operate” one more transmission gas pipeline!

The OB3 gas line is the first attempt to turn our gas transmission lines to a grid. It would deliver gas from the rich reservoirs in the east to the captive markets in the west. It is also the source of the gas that will be pumped into the AKK, because the AKK is to originate from Ajaokuta, which is fed from Oben, the terminal point of the OB3. As it is, NNPC has pushed the completion date of OB3 several times over its eight-year construction span.

A $1+Billion gas production and distribution project that depends on the OB3 is the 600MMscf/d ANOH facility, led by Shell and Seplat. Whereas Shell wants to supply the gas to factories in eastern Nigeria, Seplat wants to pump the molecules into the line, straight to Oben in Edo State, for its offtakers in the west of Nigeria. NNPC even forced itself to construct the short gas lines from the processing plants to the OB3 trunk line. These companies went ahead and took final investment decisions on the midstream part of the project, but are they likely to be idly chewing their thumbs after their plants are completed and they can’t evacuate the gas? Last time I checked; they were scrambling for alternative routes to transport the molecules.

NNPC knows what to do. But if you ask the apparatchiks in the company’s towers to spinoff the Nigerian Gas Transmission Company and the Nigerian Gas Marketing Company and sell hefty stakes to the private sector, they will kick and kick, just as they’ve done with the refineries, holding on to zero value. There is enough gas transportation infrastructure to form a very decent balance sheet for a gas transportation company run efficiently by the private sector. But who cares?