Our Archive/Libya: What Are They Fighting For? 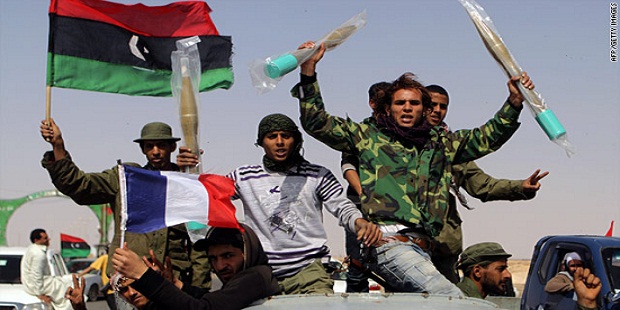 When the western powers chose to back a rag tag opposition “army” taking the battle to Muammar Ghadaffi, the Libyan strongman, nine years ago, we wondered if anything else was at other than democratic ideals.

Below, we republish our TOYIN AKINOSHO’s stream of thoughts one day in April 2011..

However you look at it, the on-going war in Libya is a battle for the control of Africa’s largest

And since petroleum is the world’s biggest business, the control of those assets potentially dwarfs that of the diamond ﬁelds in southern Africa or the uranium belts of Canada and Australia.

Muammar Ghadaﬃ ’s loss would mean the largest transfer of control of natural resources in Africa.

Libya holds 44billion barrels of crude oil(proven), a clear seven billion barrels higher than Nigeria, its closest rival on the continent. And although it holds far less volume of natural gas than either  Nigeria, Algeria or Egypt, the truth is that its 54Trillion cubic feet of gas, located in large reservoir sands, has better economics going for it than Nigeria’s 187Trillion cubic feet, stored in small, discrete reservoirs. Libya is Africa’s closest country to Europe and a natural location for several transcontinental gas pipeline projects.

Like most people, I am watching the un-folding events unfold on TV. My location is Lagos, in a house not far from a portion of the lagoonal neck into the south Atlantic ocean. This point is 4,000km away from the Mediterranean.

Once the so-called no ﬂ y zone policy was enunciated, and I started seeing Western powers bombarding Ghadaﬃ ’s bases in Libya, I lost the ability to imagine that this battle was about democracy, rule of law and the enthronement of human rights.

The western media keep describing Ghadaﬁ’s foes as a clueless rag tag army and yet keep maintaining that Ghadaﬃ   might lose the war. It isn’t logical. And there’s so much misperception. Earlier in the reporting, you read of millions of Libyans living below poverty level. I checked the World Bank website and I found that Libya has a literacy rate of 88% and average life expectancy of 74years.

Barak Obama, the US president, was so much in haste to ask Ghadaﬃ   to leave power. The UK had decided, once a handful of protesters gathered on the streets in Benghazi, that it was time for regime change.

So, even the ‘opposition’ wasn’t allowed to ﬂedge properly before it started receiving support.

The United Nations didn’t bother to get its ranking diplomats on the ground to have a conversation with all sides early in the day. There was no imaginative diplomatic thinking. No rigour of diplomacy.

The west boxed itself into a corner about Ghadaﬃ . And it boxed Ghadaﬃ   into a corner, to imagine himself only as ﬁghting out of a hole.

I understand the sentiment. Ghadafﬁ is anti-West. He has an outsized ego.

And he hasn’t helped things by keeping the lid on free expression in the 41 years he has maintained power; he has sponsored killings of foes abroad, funded terrorist activities against countries: east, west, north or south. He has fought proxy wars far and near. In 1988, he ordered the bombing of Pan Am Flight 103, a Pan American World Airways’ transatlantic ﬂight from Heathrow Airport to John F. Kennedy International Airport. Four days to Christmas of that year, a Boeing 747–121 named Clipper Maid of the Seas—was destroyed by a bomb, killing all 243 passengers and 16 crew members. Eleven people in Lockerbie, in southern Scotland, were also killed as large sections of the plane fell in the town and destroyed several houses, bringing total fatalities to 270. As a result, the event has been named by the media as the Lockerbie bombing.

But the West had not worked on developing a credible civil society of Libyans, whether home or abroad.

It hasn’t done enough to help create an alternative narrative for the Libyan story. The west knows it has strategic interests, but it doesn’t always put people at the heart of those strategic interests. It’s extremely terrible to have an American soldier killed in the plains of Afghanistan, but it’s okay for Israel to bomb all of Gaza strip in order to destroy Hamas’ “war infrastructure”.

The west has been frustrated by Ghadaﬃ, who gets the best of them when he’s negotiating deals. European and American companies rushed into Libya for oil contracts just ﬁve years ago. As late as 2009, Western leaders were still queueing to shake hands with the man who sponsored the killing of 270 people in Scotland.

In the time that Ghadaﬁ  showed so much warmth, and moved for rapproachment with the west, there should have been serious work to engage the Libyans who saw him as no more than a heartless tyrant.

Ghadaﬃ   is not a nice man. I wouldn’t accept to interview him, even if he oﬀers to meet me in my private garden in the west of Lagos. I am not interested in what makes him tick, or why he does such destructive things.

It is true he had killed and maimed and overreacted to the democracy protests.

But I can’t say I vouch for all of the so-called rebels in the streets. Who exactly are some of those people ﬁghting?.  Are their intentions all altruistic? Who is likely to beneﬁt majorly from the killings going on? Who is pulling the strings? The CIA (at least so it claims) is only now trying to ﬁgure those things out, after the fact.

The Western powers need to be ex-tremely careful.

If we somehow, get it right, Libya is a huge potential for Petrochemicals, Gas processing industries, Gas Exports and a vast industrial machine, just across the Mediterranean from Eurpope.

Let’s be clear about it: Ghadaﬃ  has not developed the petroleum sector as much as he should have.

Libya has several times more resources than Algeria, but the latter is the largest hydrocarbon economy in Africa.

As I started to write this, The African Union, the most incompetent regional grouping on the globe, was  only just showing up to  mediate in the aﬀray. It came in the form of South Africa’s president, Jacob Zuma. So much water had passed under the bridge before the Africans came calling. The rebels would not meet Zuma, who had a grand welcome in Tripoli.

But there must be a conversation. This war will be drawn out, as it is. Ghadaﬃ   will not ride into the sunset that easily. NATO must stop deluding itself that its airstrikes are just protecting civilians.

As the Africa Oil+Gas Report leaps on to its 20th anniversary in November 2021, we’d look into our archives and publish ‘specials’ like this from time to time…

« Oil Majors in Retreat from Congo, Gabon
Somalia’s Bidding Round To Last till March 2021 »