The New Map: Energy, Climate and the Clash of Nations 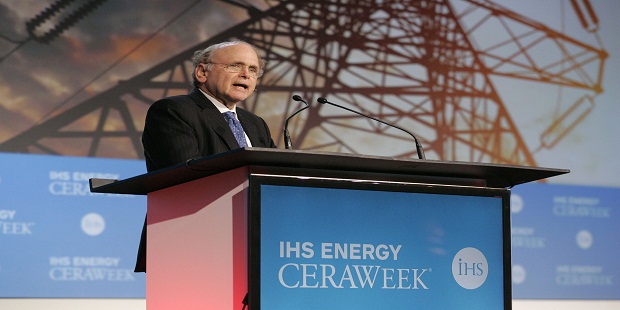 The COVID-19 pandemic has brought new disruption to a world already struggling over how to satisfy its energy needs, address climate change and cope with new power relationships in a complex new era of “Energy Transition,” according to a new book, The New Map: Energy, Climate and the Clash of Nations, by IHS Markit Vice Chairman Daniel Yergin.

“As a result of the pandemic, an uncharted chasm has suddenly appeared on the map, which the world is now beginning to work its way around,” Yergin writes.

In The New Map, Yergin, author of The Quest and The Prize (for which he received the Pulitzer Prize) looks at an energy world already being reshaped by myriad forces—from the remarkable change in the energy position of the United States in the middle of a contentious presidential election, to geopolitical tension with China and Russia, to the reappearance of the electric car, the growing global role of renewables and the “post-Paris” era of energy transition.

“This is no simple map to follow, for it is dynamic, constantly changing,” Yergin says, as major countries chart intersecting and sometimes conflicting geopolitical paths in a new era of “great power competition.”

This already-disrupted world is now being further disrupted by the coronavirus and its dire impacts on people’s daily lives and the habits that underpin the global energy system. “The office of the future” for many will end up “at home”, he writes, which will mean less commuting, and thus reducing gasoline demand. But that will be offset by more people driving their own cars to avoid mingling with others on public transportation, as indicated by the upsurge in the sale of used cars indicates. And “electrons will replace molecules” as business travelers make more of their trips digitally, rather than in airplanes.

When COVID-19 triggered the shutdown of entire economies, what Yergin describes as the “economic dark age,” it caused an unprecedented collapse in oil demand and (briefly) the unthinkable—oil priced at less than zero. That is when the United States, now the world’s largest oil producer, took the extraordinary step of brokering an agreement between Saudi Arabia and Russia to rebalance the market.

The pandemic also raises the big question: will the pubic health related upheaval speed or hinder the much-debated “Energy Transition” from fossil fuels to renewables? Yergin recommends a degree of caution against expectations for a rapid transformation.

“The notion of a fast track to a wholesale energy transition runs up against major obstacles: the sheer scale of the energy system, the need for reliability, the demand for mineral resources for renewables, and the disruptions that would result from speed,” Yergin writes. “On top of all of that is the high cost of a fast transition and the question of who pays for it—especially given the staggering amounts of debt that governments took on in 2020 to fight the economic consequences of the coronavirus.”

“Energy transition certainly means something very different to a developing country such as India, where hundreds of millions of impoverished people do not have access to commercial energy, than to Germany or the Netherlands,” he adds.

Yergin also observes how the global health crisis has underscored the role of plastics, made from oil and natural gas—whether for food and sanitary purposes, its multiple applications in hospital operating rooms, the indispensable N-95 mask or the-now-ubiquitous plastic shields that protect shopkeepers and essential workers.

The New Map is also a story of the clashing paths of global powers:

Energy looms large in the new cold wars that are developing between the United States on one hand, and Russia and China on the other.

Russia’s path on The New Map is a mix of energy flows, geopolitical competition, contention over the unsettled borders left in the wake of the Soviet Union’s collapse—and “Vladimir Putin’s drive to restore Russia as a Great Power.” This includes Russia’s “pivot to the east,” geared mainly towards one country, China and its energy needs for what will become the world’s largest economy.

The New Map looks at how swiftly (and potentially perilously) the relationship between China and the United States is changing from “engagement” to “strategic rivalry” at a time when “China is expanding its reach in all dimensions”, most visibly via the trillion dollar-plus Belt and Road Initiative.

It is also asserting control for almost all of the South China Sea, through which $3.5Trillion of world trade flows and nearly half of all the global oil tanker shipments travels. The most critical oceanic route in the world has become the “sharpest point of strategic confrontation with the United States.”

The Middle East, still the source for a third of the world’s oil and gas, continues to be shaped by rivalry, most notably between Saudi Arabia and Iran, and by jihadism. But it is also being reshaped by concerns over “peak demand”—how long consumption of oil will continue to grow and when it will begin to decline. This has fueled a new urgency for exporters to diversify and modernize their economies—an urgency heightened by the collapse of demand in the wake of COVID-19.

Concerns of “peak demand” have been driven in no small part by the emergence of the electric car, ride-hailing and ride-sharing services, and automated vehicles. This “New Triad” is challenging oil’s century-long dominance of the transportation market and creating a new contest for what could be a new trillion-dollar industry—what is dubbed “Auto-Tech.” But here too, the coronavirus may have “disrupted the disruption”—as consumers turn more to personal vehicles rather than shared ones.

Yergin says that the next few decades will likely see the world’s energy supplies coming from a mixed system of rivalry and competition among energy choices—one where oil retains a preeminent position as a global commodity. He also emphasizes that technological innovation will be the critical factor for the future of energy.

“How fast the mix changes will be determined not only by politics and policies, but by technology and innovation,” Yergin writes. “That means the ability to move from idea and invention to technologies and innovation and finally into the marketplace. This is not something that necessarily happens fast.”