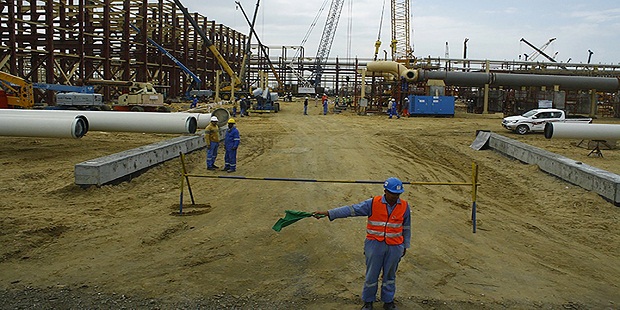 Six of the seven founding states of the Eastern Mediterranean Gas Forum signed its charter September 22, 2020, marking the official commencement of the body.

Egypt, Greece, Cyprus, Italy, Israel, Jordan, and Palestine have all signed. Palestine was absent and will sign later. France has formally requested to be a member and the United States has registered intention to be a permanent observer. While Turkey is keen, its politics has appeared to rile up some members.

Turkey has been exploring for hydrocarbons in contested areas of the eastern Mediterranean, Cyprus and Greece have argued.

For Egypt, whose capital Cairo is the forum’s headquarters, it was a major step in the ambition to be the region’s energy hub.

The organization will serve as a market platform for natural gas producers, consumers, and transit countries in the region to develop existing resources and develop the infrastructure for future exploitation, in addition to regulating natural gas policies in the region that protect the rights of member states to preserve their resources, the signatories said in a joint statement after the online ceremony.

Member states will exchange information and seismic data studies on potential gas wells and delineate new gas finds that straddle maritime borders. Member states could even get preferential rates on each other’s gas supplies, as well as preferential access to liquefaction facilities, he said.

The forum had a launch meeting in 2019, during which the founding members agreed to move ahead with creating a regional market to develop the eastern Mediterranean’s estimated 122 Trillion cubic feet of gas reserves.