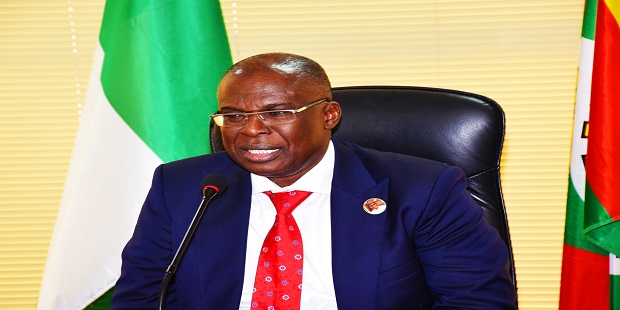 Timipre Sylva, Nigeria’s Minister of State for Petroleum Resources, says that the timeline for the delivery of the Petroleum Industry Bill (PIB) is out his control.

“Timeline is always a difficult question because this is something that has to do with the National Assembly”, Sylva told Osten Olorunsola, who engaged him at a discourse organized by the Nigerian Association of Petroleum Explorationists (NAPE).

The PIB is an omnibus reform legislation, which, “combines 16 different Nigerian petroleum laws in a single transparent and coherent document ….” according to the Nigerian Ministry of Petroleum.

The first version of the PIB was presented to the National Assembly, the country’s bicameral house of legislature, in 2007. It didn’t make it to law. It has returned, fruitlessly, to two National Assemblies after that.

Olorunsola, who started out as a Petroleum Geoscientist, has been director and chief executive of the Department of Petroleum Resources, the country’s regulatory agency, and was a former Vice President, Shell Gas and Power, Africa.

Sylva explained to him: “For us (in the executive arm of Nigeria’s Federal Government), I would tell you very confidently that we have finished our job. The drafting process is concluded. We have discussed with some relevant industry operators as well. At this point what is happening is that the Ministry of Justice was looking at the draft again to ensure that it is not in conflict with the existing laws in the country. And even that process has now been concluded. So, we have requested the National Assembly to see if they can re-convene during their recess to accept the PIB. And then after that, frankly, I cannot say how long it is going to stay with the National Assembly. I am sure you understand that. But, my understanding from all the consultations we have had with them is that they are going to look at it expeditiously. I do not think that it is going to stay for more than (I am just trying to be excessive in my estimation) six months in the National Assembly”.

The discourse with Mr. Sylva, was the third in the series of engagements that NAPE, the largest body of upstream petroleum technical professionals in Africa, has been having with the policy and regulatory heads of the Nigerian Petroleum industry. The series has included Sarki Auwalu, Director/Chief Executive of the DPR and Mele Kolo Kyari, the Group Managing Director of NNPC, the state hydrocarbon company.