Somalia: Past Petroleum Agreements are Null and Void 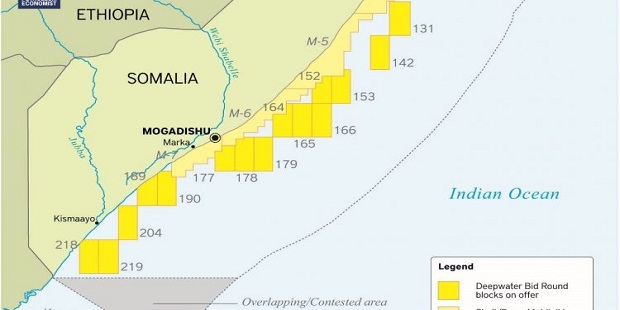 Somalia’s newly promulgated Petroleum Law, takes a dim view of agreements signed with governments who had ruled the war-torn country for most of the last 30 years.

“All agreements pertaining to petroleum that were signed with administrations existing in parts of Somalia or previous provisional governments in the period between December 1990 up to September 2012 are considered null and void”, the law says. “All the agreements signed between foreign companies with the Somali government before 1991 are considered as valid agreements and they will be given good consideration”, the legislation declares. “These companies which had previous agreements before 1991 will have to renew them with the Federal Government of Somalia in accordance with Article 54”.

The new law establishes the Somali National Oil Company (SONOC) “as a commercial enterprise Controlled by the Government to conduct Petroleum Operations in Somalia. SONOC shall be entitled to exercise the right of participation referred to in article 35(1) of the Somali Petroleum Law. SONOC may acquire an Authorization by direct acquisition or pursuant to a bid process conducted by the SPA in the same manner as any other Person.

Each Production Sharing Agreement shall stipulate:

The participation rights under Section 35.1 may occur during any phase of Petroleum Operations in accordance with the terms and conditions established in the Production Sharing Agreement.

This piece was originally published, a full month ago, in the August 2020 edition of Africa Oil+Gas Report