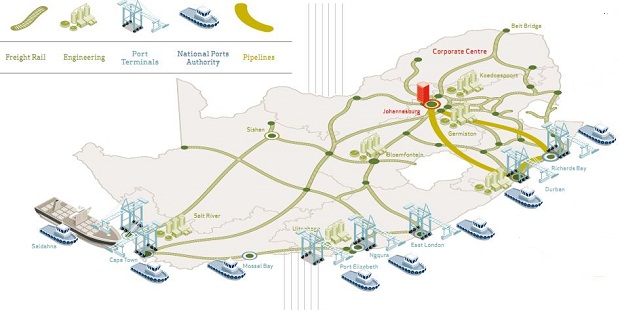 South African criminal gangs have begun to do what Nigerian vandals have been doing for three decades.

They drill holes in pipelines and siphon fuels.

Organised syndicates stole 10Million litres of fuel in the past year in South Africa, according to a report by the Sunday Times of Johannesburg. They siphoned off fuel, in some cases into their own tankers – that are valued at around $60Million (or R1Billion) per year.

The gangs achieved this by targeting pieces of Transnet’s 3,800km underground pipelines, which transport petrol, diesel, gas, crude oil, and aviation fuel across the country.

Transnet is S.A’s state-owned logistics company. It runs the rail system; it operates the ports and builds and manages the petroleum pipeline system in Africa’s most industrialised economy.

For close watchers of the Nigerian oil industry, the petroleum theft story from elsewhere feels eerily familiar. Crude oil theft in Nigeria rose steadily in the ten years from 2007 and 2017 and peaked between 2011 and 2014; with some estimates indicating that up to $15.9Billion was lost in 2014 alone. It has grown from a localised, small scale activity into a multi-million-dollar illegal industry with many complicit stakeholders. But crude oil theft in Nigeria is different from petroleum product theft, which is just about everywhere along the state hydrocarbon company NNPC’s pipeline right of way. In Nigeria, petroleum product theft involves more than criminal gangs. It is routine.

To put in context, Transnet’s pipeline revenue increased by 17.2% to $319Million (R5.3Billion) in 2019 (2018: $271Million (or R4,5Billion)), due mainly to the regulatory agency’s decision to increase the 2018/19 tariff for petroleum transportation. This means that the value of the theft is around 20% of the revenue accruing to the pipelines

The Sunday Times report notes, exasperatedly: “So brazen are the thieves, who have their own tanker trucks to transport the stolen product that in one case they reacted a shack on a farm where a pipeline passes and punched a hole into it to help themselves”

Transnet says it is working with the Directorate for Priority Crime Investigation (“Hawks”), National Crime Intelligence and SAPS and that the effort is “generating positive results with a number of breakthroughs in the form of arrests as well as the impounding of vehicles and fuel tankers, being recorded”.

The thefts are not good for branding for Transnet, which fancies itself as Positioning Pipelines as an international best-in-class pipeline operator and offering subject matter expertise in the pipeline arena

Its also bad at a time when Transnet is investing in more infrastructure to take advantage of the deliveries from the pipelines. The company says in its report that it invested $5.7Million (R95Million) last year in firefighting upgrades at Pipelines to ensure stringent compliance to safety standards and regulations; and $5.9Million (R99Million) IN the multi-product pipeline towards the construction of tanks.

Another reason to be worried about petroleum product theft: last year, the National Energy Regulator of South Africa (NERSA) increased the Pipelines’ allowable revenue (AR) by 7.69% for the