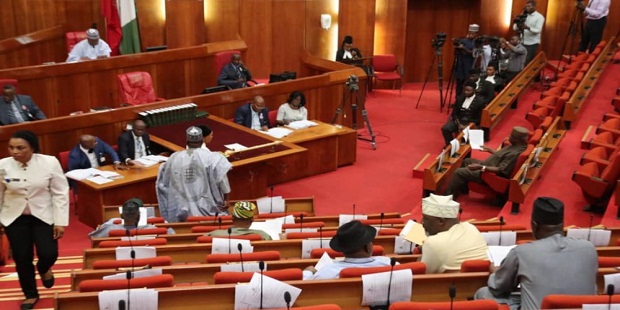 Nigeria has opted for non-discretionary award of petroleum licences, with open bid rounds as the core framework, if the Petroleum Industry Bill (PIB) currently in its parliament is the signpost of things to come.

The 252 -page draft bill was delivered to the bicameral house of legislature by the executive arm of the Nigerian government on Tuesday, September 29, 2020.

(a) based on a fair, transparent and competitive bidding process; and

(b) in compliance with the provisions of this Act, regulations made under this Act and licensing round guidelines issued by the Commission for each licensing round.

The ‘Commission” refers to the Upstream Regulatory Commission, which s created by the new law. The success of the reform rests largely on its capacity to deliver.

“The Commission may periodically publish a licensing round plan”, the PIB declares, stopping short of decreeing some form of regularity.

The Minister may, on the recommendation of the Commission, grant a petroleum prospecting licence or petroleum mining lease to a winning bidder, provided that the winning bidder has complied with the requirements of the bid invitation.

(1) The grant of a petroleum prospecting licence or a petroleum mining lease on a previously appraised area of a petroleum prospecting licence or a surrendered, relinquished or revoked petroleum mining lease in, under or upon the territory of Nigeria, shall be by an open, transparent, competitive and non-discriminatory bidding process conducted by the Commission. The winning bidder shall be determined on the basis of the following bid parameters –

(a) a single bid parameter, which shall be based on any one of the

(i) a signature bonus to be paid in full prior to the granting of the licence or lease by or on behalf of the winning bidder;

(iv) a work programme commitment during the initial exploration period; or

(v) any other parameter as may be defined specific to a bid round;

(b) a combination of the bid parameters, based on a points system assessable by the bidder in such

a manner that the bidder with the highest aggregate number of points shall be the winning bidder.

The PIB says that notwithstanding the bidding parameters prescribed, where there is a bilateral or multi-lateral agreement between Nigeria and another country, the Government may, for strategic purposes and in return for substantive benefits to the nation, direct the Commission to negotiate and award a petroleum prospecting licence or petroleum mining lease to a qualified investor identified in the agreement or treaty.

A SIGNATURE BONUS PAYABLE IN RESPECT OF any licence or lease awarded shall be based on a transparent method for evaluating the acreage.

The Commission shall call for bids in accordance with a procedure published on its website and in at least two international financial newspapers and two national newspapers with wide coverage.