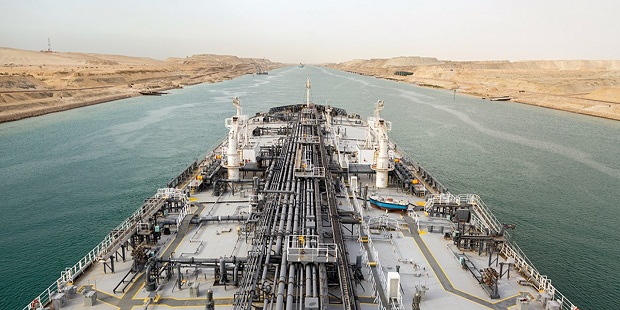 Currently crude oil shipments to Europe from the Gulf States go through the Suez Canal, which is supervised by Egypt.

The binding Memorandum of Understanding (MoU) by the two parties, calls for using the existing Eilat-Ashkelon pipeline, owned by EAPC, to connect the Red Sea to the Mediterranean.

EAPC says it could increase the quantity of shipped oil by “tens of millions of tons per year,” according to newswires.

Oil could start flowing through this route at the start of 2021.

EAPC and Med-Red — a consortium of Emirati and Israeli companies say that the “land bridge” to ship oil between countries in the region will save time and fuel compared with the Suez Canal.

Israeli economic magazine, Globes said: “There will be options to bring the oil by tanker to Eilat port or to build a pipeline from the UAE across Saudi Arabia to Israel”, adding that Med-Red is already in “advanced negotiations with major players in the West and in the East for long-term service agreements,” according to EAPC’s statement.

The UAE and Israel began normalizing relations only two months ago, in a truce brokered by the US’ Trump administration.

The proposed alternative route to the Suez Canal will certainly shave significant revenue from the waterway’s pocket.

Nearly 66% of oil sent from the GCC to western countries is shipped through the Suez Canal or the Sumed pipeline linking Alexandria to the Red Sea.