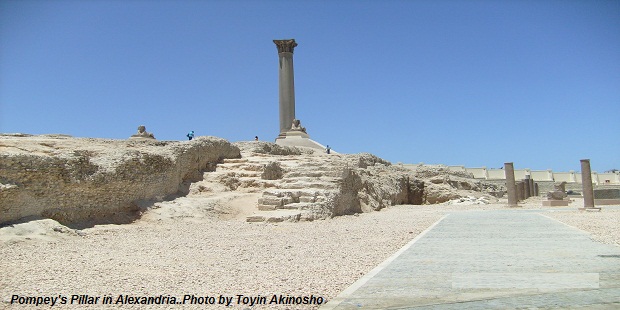 Egypt’s state-owned Alexandria Petroleum Company (APC) will receive a quarter of a billion dollars ($250Million) from the European Bank for Reconstruction and Development (EBRD sovereign loan.

The loan is partial financing of the $647Million in water and energy efficiency upgrades at the company’s diesel refinery (Alexander Refinery).

The project will bring operations at the facility in line with European environmental safety standards and reduce emissions, the bank said.

Alexander Refinery, established in 1954, is operated by APC with a crude design capacity of 100,000 BPSD. It typically processes light Western Desert crude oil and heavy Kuwait crude oil. It began life as a small refinery with 250.000 ton/year capacity for satisfying Alexandria city and West Delta area needs from the petroleum products. APC refining capacity increased up to 4.7Million ton/year by executing three crude distillation units No. 2, No. 3 and No. 4 in the years 1963, 1968 and 1982 respectively. In 1979, a solvent production complex started in operation under the license of UOP to produce Hexane, Petroleum Ether, and Petroleum solvents. In 1982, the lube oil complex started in operation with design capacity 100.000 ton/year bright stock oil, based on fuel oil feed from Kuwait crude oil origin and in 1983 the vapour recovery unit started operation to produce Stabilized Gasoline and LPG.

Finally, in 1989, the Hexane and Kerosene complex started with annual production capacity of 22.000 ton / year hexane or 18.000 ton / year of treated Kerosene under the license of IFP, while in 1997 the spent oil re-refining unit started in operation with capacity 30.000 ton/year of spent oil and under the license of KTI. Bitumen blending, oxidation and solidification unit started in operation to produce solid bitumen packages in 25 kg blocks.

The EBRD says: “Raising the quality of fuel produced by the refinery will cut down on greenhouse gases, while the construction of a new wastewater treatment facility aims to lower the risk of seawater pollution and a new energy management system will help to reduce fuel consumption”..

« Our Archive/Nigeria’s Refining Gap: The Road to Privatisation and Back
President Buhari to Commission a Modular Refinery in Eastern Nigeria »