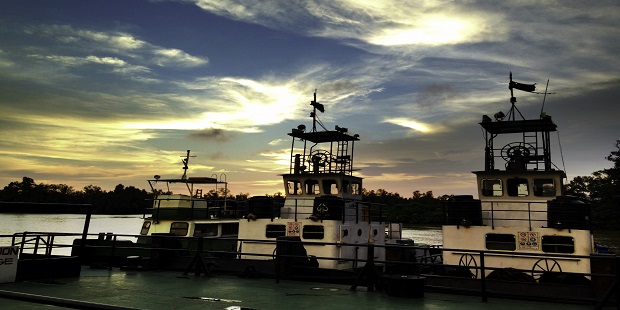 A Federal High Court in Abuja, Nigeria’s capital city, has set aside the purported reversal of the consent given by the Government for the farm-out agreement between Chevron and Transnational Energy Limited (TEL) on the Abigborodo and Hely Creeks marginal fields in the Oil Mining Lease (OML) 49.

Justice Taiwo Taiwo held that the defendants failed to supply counter evidence and arguments to disprove the plaintiffs’ claims. The judge noted: “One thing that is very clear and undeniably so, is that the averments of the plaintiffs, from the inception of the meetings and correspondences between the plaintiffs, Chevron Nig Ltd, the third defendant,  Department of Petroleum Resources, (DPR), Nigerian National Petroleum Corporation (NNPC) and National Petroleum Investment and Management Services (NAPIMS) on the farming out by Chevron Nigeria of the Hely Creek and Abigborodo marginal fields within OML 49 were not denied’.

The court, upheld the plaintiffs’ claims and granted all the reliefs sought, including an award of $20Million in damages against the defendants, who are all Federal Government’s agents. The suit was filed by Transnational Energy Limited (TEL) and Bresson A. S. Nigeria Limited. Defendants were Minister of Petroleum Resources, Minister of State, Petroleum Resources, DPR, NAPIMS, and the Attorney General of the Federation. Sijuade Kayode, lawyer to the plaintiffs, claimed that a farm-out agreement over the two marginal fields was concluded between TEL and the joint venture operators, Chevron Nigeria Limited in 2017 for amongst other purposes, to provide feedstock to a gas-to-power project developed by TEL and its partners, which started in 2012. The DPR, in a letter dated 20th February 2017, conveyed a letter of ministerial consent by the Minister of Petroleum Resources approving the farm-out and its terms, the lawyer stated. The DPR, in its said letter, equally directed TEL to pay a prescribed premium to Federal Government, after which the farm-out will become effective, a directive TEL complied with by paying the prescribed fee of $639,820.65, the plaintiffs added.

Rather than allow the plaintiffs enjoy the benefits of the agreement after the government acknowledged receiving TEL’s payment, the then Chief of Staff to President Muhammadu Buhari, the late Abba Kyari, wrote a memo, purporting to revoke the earlier ministerial consent, claiming to have acted on the instruction of the President. They added that the DPR, without any notice to the farmee (TEL) put the two fields in the 2020 marginal fields basket, even though the fields were not part of the original 57 fields approved for the bid round, a decision TEL and its sister company in the power business (Bresson A.S. Nigeria Limited) challenged by filing the suit.

The plaintiffs exhibited their audited accounts, business plan and financial model which showed that both plaintiffs had jointly expended $22,718,000.00 (twenty-two million, seven hundred and eighteen thousand United States dollars) on the development of the gas and power side of the project. They also exhibited their financial models in arguing that they have lost over $164Mllion due to the actions of the defendants, while Federal Government may have equally lost over $68Million in royalty and taxes not earned as a result of the actions of the defendants.

The plaintiffs asserted that their gas-to-power project elicited a massive international cooperation spanning over 15 countries and involving over 100 international experts. “As a matter of fact, the Hungarian Exim Bank went to parliament to amend its legislation in order to raise her scope of participation in the power side of the projects,” they said. Justice Taiwo, in the judgment delivered on October 18, 2020, a copy of which was made available on Friday, held that the defendants failed to supply counter evidence and arguments to disprove the plaintiffs’ claims.