Nigeria Caves in, Returns to Subsidy of Gasoline Consumption 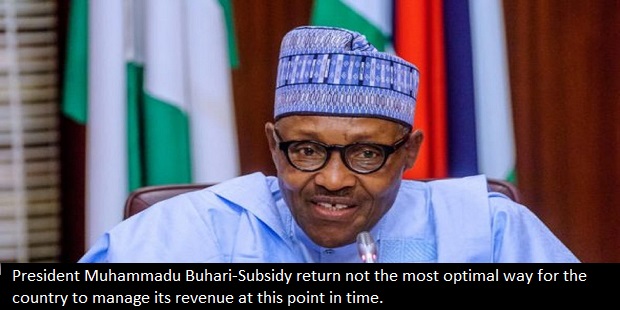 The Nigerian government has reneged on its decision to remove subsidy on gasoline consumption. Following from stringent complaints by the country’s organized labour, the government ruled that the pump price of the product, as of December 8, 2020, which was calculated based on market forces, be reviewed downwards.

The announcement effectively reversed a policy that was informally announced with fanfare by the NNPC in early April 2020, and confirmed the worst expectations of avid callers of petrol price deregulation. The declaration of Chris Ngige, Minister of Labour and Employment, that the Nigerian government had “reduced the pump price of premium motor spirit otherwise known as petrol from ₦168 per litre to ₦162.44 per litre effective from December 14, 2020”, is a major reversal of a victory that the proponents of reforms in the pricing of energy, thought they had won. The government’s statement, ordering a reduction in price, by fiat, undermines any goal of plugging the Two Trillion Naira annual revenue hole that gasoline subsidy had become.

It also increases the risk profile of, any investment in the gasoline part of the hydrocarbon value chain which had been based on the promise, last April, that “subsidy of gasoline prices was gone forever”.

The April 2020 announcement of subsidy removal had come at a time of abysmally low crude oil prices, so that market fundamentals simply led to a reduction in pump prices at the time. As crude oil price is directly correlatable to pump price of gasoline, it had always been a point of argument, that the government might not be able to sustain the subsidy removal whenever crude oil prices moved to higher grounds. This is what has been proven with Mr. Ngige’s declaration.

In the unfortunate case of Nigeria, at the moment, gasoline is imported, so the landing cost is partly determined by the Naira -Dollar exchange, which has, in the past one month, worsened for the Naira. That has meant that even if crude oil prices had not increased, the pump price of gasoline would have kept increasing-if subsidy removal was maintained-as a result of downward pressure on the local currency. But on top of the foreign exchange crisis, an upward movement of crude oil prices has now crept in, ensuring that market-determine gasoline price is moving skywards. With an artificial cap of pump price of gasoline at ₦162.44, and the government lacking courage to move away from price control, Nigeria is unlikely, any time soon, to adjust to whatever prices are dictated by the market, especially now that crude oil prices are likely to keep trending up, even if modestly.

This means that the chronically indebted petro state will open another file in its growing debt profile; it will have to find a way of paying the subsidy it has now introduced by this cap in price.

It is not the most optimal way for the country to manage its revenue at this point in time.