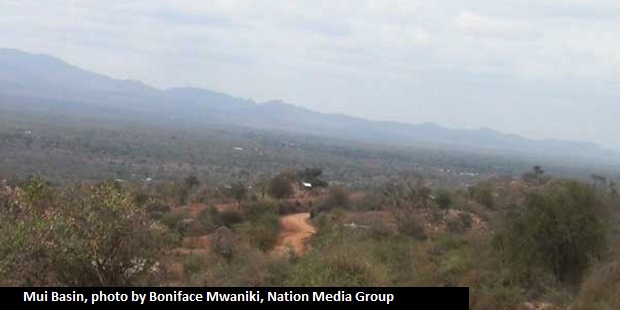 Kenya plans to auction additional coal blocks in the east of the country, in defiance of growing international calls to end coal use in the global energy mix.

The government is pushing to exploit the deposits in the Mui Basin, often reported by the media to be rich deposits, but, like most media reports of geologic provinces, with scant evidence of the definitive size of the asset. Mui Basin has witnessed a total of 71 exploration and appraisal wells, most of them drilled in Block C to depths ranging from 75 to 445 metres. Some 32 wells have intersected coal.

The Energy ministry, through the Energy and Petroleum Regulatory Authority (EDRA), has conducted licencing rounds in the basin since 1999, covering an area of 500 square kilometres.

Last year, the African Development Bank (AfDB) said it would not fund a coal-fired power plant project in Kenya and has no plans to finance new coal plants in future. The pan continental lender published an environmental and social impact assessment in May 2019 for the Lamu project, which was planned to be a 1,050 megawatt plant in eastern Kenya was backed by Kenyan and Chinese investors. Construction was originally planned to start in 2015.

Akinwumi Adesina, the AfDB president, unveiled ambitious plans to scrap coal power stations across the continent and switch to renewable energy. “Coal is the past, and renewable energy is the future. For us at the African Development Bank, we’re getting out of coal,”Adesina said as he outlined efforts to shutter coal-fired power plants and build the “largest solar zone in the world” in the arid Sahel belt.

But Kenya’s energy and business analysts have lined up behind the government. George Wachira, the country’s top energy analyst, wrote last year in BusinessDaily, the influential financial newspaper,  that coal was a commodity which cuts across mining, energy and manufacturing economic sectors. “It is mainly used for power generation and for providing heating energy to heavy industries like cement and steel. Locally produced coal has the potential to become an economic integrator with large employment and gross domestic product (GDP) opportunities. Like crude oil, coal is an extractive and productive resource that creates real national wealth”.

EPRA, the energy regulator, says that “the government has decided to concession all four blocks (in the Mui Basin) to private companies through a competitive international bidding process, to fast-track exploration, development and production.”

« Indians to Take over FAR’s High Profile Assets in Senegal
In Senegal, Woodside Wants it All »