In Angola, Production Cost of $20-25 Per Barrel is “Fairly Good” 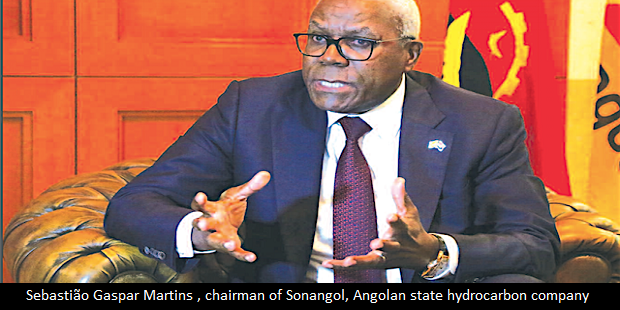 Sebastião Gaspar Martins, chairman of Sonangol, says that a production cost of $20 to $25 per barrel is “fairly good cost” for Angolan marginal fields, which the government is proposing to offer in a bid round. “When we say high production costs, we are looking at no more than $20-25 per barrel, which is still fairly good. If prices stabilise around $50-55 per barrel by the end of 2020, we might be well within the range to be able to secure gains from the development of marginal fields”.

Angola defines marginal fields as crude oil and gas deposits which, due to costly recovery processes, are not worth the investment under the existing legal and fiscal framework. Several of the prospects found over the years in the country’s deep offshore, were dismissed in the pursuit of more profitable opportunities. A new framework, published in May 2018, considers, as marginal fields, those discoveries with proven oil reserves of less than 300Million barrels (exceptions are considered for bigger reserves in particularly expensive working conditions), standing at or below 800 metres of water depth, that do not give returns to the State of more than $10.5 per barrel, returns for the operator of no more than $21 per barrel and that have an average return on investment after taxes of less than 15%.

“Production costs are essential in deciding whether a project moves forward or not. Deep and ultra-deep waters come with very high production costs and we know that can jeopardise upstream activity in the current industry climate”, Martins explains. “One of the ways to overcome the high costs associated with the development of offshore fields is by utilising new technologies and ensuring high rates of production.
“We currently have some marginal fields (onshore and offshore) where fiscal terms can be improved in such a way that the projects can be viable even with high production costs”.

« DPR’s Abuja Move Will Be Expensive and It Comes at a Bad Time
Neconde, Shoreline, Lose > 50% of Crude Oil Output to Workers’ Protest »