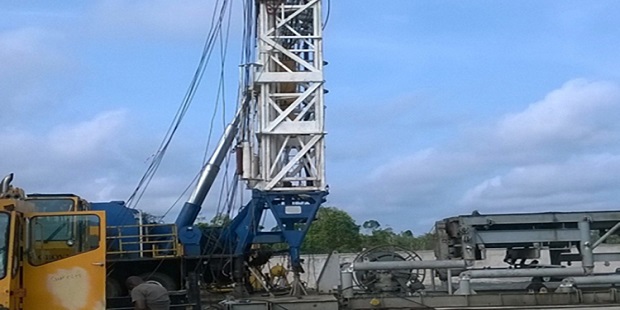 LEKOIL has told its shareholders that the requisition by Metallon Corporation, proposing three names to act as directors of LEKOIL, is “no more than an ill-disguised attempt by Metallon to gain control of your Company without paying a price to all shareholders that reflects the intrinsic value of the business and assets of the Company”.

It argues, in the letter, that Metallon is a poorly run gold mining firm with no idea about how to manage the affairs of a hydrocarbon, E&P business.

LEKOIL’s briefing suggests that it has clearly scrutinized Metallon’s financials, and determined that “Metallon has identified LEKOIL’s assets as an opportunity to address its own financial challenges”. If all of Metallon’s Requisitioned Resolutions are passed, LEKOIL’s Board contends, “Metallon’s appointees would represent 50% of the directors on the Board and, if Michael Ajukwu is elected Chairman, they will also have the casting vote. The Board does not believe that it would be appropriate for a c.15% shareholder, to enjoy that level of Board representation and control over the Company”.

LEKOIL’s letter is a blistering response to Metallon’s charges, in its requisition, that “a lack of accountability of management by the Board has led to shareholder value being destroyed.”

Metallon had raised the following concerns:

LEKOIL describes Metallon’s assertion that close to half of the equity raised has been spent on G&A as incorrect. “In fact, of the $275.5Million equity raised since listing in 2013, $166.2Million was invested in capital expenditure for the development of Oil Prospecting Lease (OPL) 310, OPL 325 and Otakikpo, with only $73.3Million (which represents, 27%) going towards G&A expenditure. To date, taking into account all sources of funding for the Company (including debt and proceeds from production), G&A expenditure would represent 28% of total funds raised or generated. Further, the Company would like to clarify that the cash component of the Chief Executive Officer’s total remuneration is $7.9Million over a period of seven years, with the balance in the form of share awards and stock options. The Chief Executive’s total remuneration since Admission of $10.6Million is included in the total G&A expenditure referred to above”.

“Metallon has been a shareholder for less than six months”, LEKOIL notes. “Shareholders are urged to undertake their own due diligence on Metallon”.

The major areas of significant concern to LEKOIL’s board, “centre on the violation of foreign exchange control regulations in Zimbabwe; winding-up petitions from several creditors leading to a winding up order of the High Court; the distressed state of Metallon’s gold mines in Zimbabwe; and the failure to remunerate employees – all of which are a matter of public record”.

Noting that Metallon has no expertise or track record in oil and gas development, LEKOIL’s board testifies that “Metallon’s gold mining operations have fared poorly over the years and contracted from at least four mines in 2002 to just one operating mine at present”.  The board also charges that “whilst Metallon claims to be a natural resources and infrastructure investment company, it is not apparent from its most recently filed 2018 financial statements that it has interests in infrastructure.

“Prior to its investment in LEKOIL, its only asset was its interest in its Zimbabwe gold mines”.

LEKOIL points to Metallon’s payables as being almost two times its 2018 revenues, going by its annual revenues of $79Million, as; “operating cash flow of $3.9Million would be negative if $51.9Million of overdue payables had been settled. If overdue payables had been settled, Metallon’s operating cash flow would be negative $48Million;  one of the only reasons the company is now considered a going concern given its negative equity, is that it has sales of two subsidiary goldfields in December 2020 (possibly explaining the reason for the very late filing of the 2018 accounts

Metallon says it is categorically not seeking to take control of LEKOIL and is not working in concert with any other shareholders. “We believe LEKOIL’s assets, specifically Otakikpo, are being substantially undervalued by the market and that the value of these assets could be realised if the proposed changes are made to the LEKOIL Board. Since notice of the requisition was given on 19 November, we are aware that a significant number of shareholders have the same concerns regarding the Board’s lack of governance and oversight of management”.