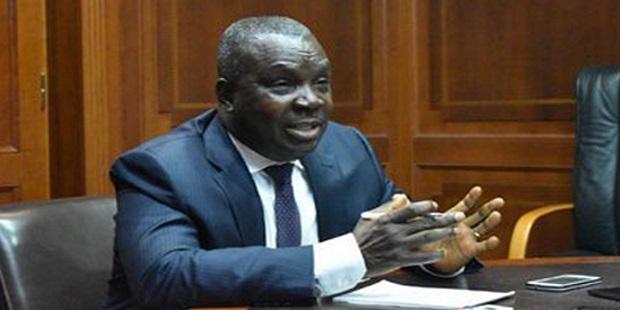 One evening in 2009, Austin Avuru, then CEO of Platform Petroleum, received a call from Nasir Ado Bayero during which the latter asked if Platform would be interested in purchasing Shell’s stake in Oil Mining Lease (OML) 38, in the western Niger Delta.

The offer, it turned out weeks later, was on condition that Platform was willing to go into partnership with Shebah Exploration and Production, then headed by Ambrosie Bryant Chukwueloka (ABC) Orjiako, a flambouyant orthopedic surgeon who was becoming widely known for his interest in oil and gas. Shell could divest its stakes in OMLs 4, 38 and 41 to the partnership. 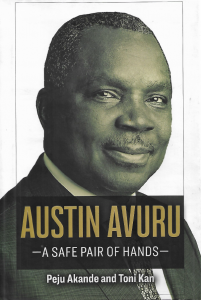 “I had never really met Dr. A B C Orjiako until that time”, Avuru says in A Safe Pair of Hands, his just released authorized biography, written by Peju Akande and Toni Kan. “I knew him from a distance. I had known people who were working for him and I always saw him in the same mould as Kase Lawal, whom I had worked for: young men who were operating at a very high level in the O&G industry. Now, that itself was an issue because I had to treat him with absolute caution. I didn’t want to go into partnership with somebody that could “swallow” me. My thinking was, I don’t want wahala”.

Considering that Avuru had earned a reputation, already at the time,  as a public intellectual and strident critic of Nigeria’s policy choices, it is quite instructive to find that he harboured a sense of insecurity at the thought of meeting a potential business partner. It’s an enormously useful piece of information for Business students:  knowing that people they see as phenomenal also have their vulnerabilities.

“For a start”, Avuru recalls, “we had to name our new company, so I suggested that we joined Sepcol and Platform together to form SEPLAT”.

That Avuru led the company as CEO for 11 years is a well-documented part of Nigeria’s corporate history. But the story above is one of the many nuggets that make A Safe Pair of Hands, published in Lagos by RADI 8, such a riveting business thriller.

There’s one revealing anecdote after another startling insight.

A few of the passages that leapt at me from the pages: 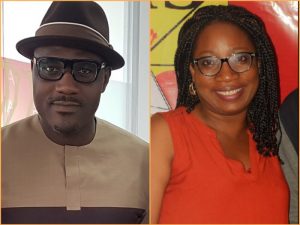 Keep your eyes on the ball:

Shell didn’t have faith in Nigerian banks. They wanted Letters of Credit backed with cash guarantees. They preferred to deal with a global player.

ABC Orjiako suggested BNP Paribas, the French bank he usually did business with. Austin Avuru thought it was a good idea but the moment BNP Paribas asked for a $3Million transaction fee, Austin Avuru flew into a rage.

“For what?” he thundered. “How can they charge $3m for merely facilitating a deal? I won’t hear it.”

ABC Orjiako urged his new partner to be calm.

“Austin, I will pay the $3Million myself if need be but we need a bank with global connections, one that speaks the language of global finance and confident enough to get Shell back to the table.”

BNP Paribas turned out to be what was needed. Once the deal was signed they made a suggestion that changed the whole process and saw Seplat buy up OML 4, 38 and 41 without spending one kobo.

How did this happen?

BNP Paribas informed Seplat that a French company had just sold its interests in Congo and was awash with cash. Would Seplat like an introduction?

Maurel and Prom was interested in the deal put forward by Seplat and BNP Paribas and agreed to go with Seplat to London.

BNP Paribas was already earning its fee and Austin Avuru could see clearly now that the move to get a western bank was a smart one.

Deep knowledge will set you free from the tyranny of NNPC

After we had reached agreement with Maurel & Prom, the chairman of Maurel & Prom said he would like to visit Nigeria to see for himself the field his company was investing in.

At this point, Shell did not want their staff to know that they were on the verge of selling their assets. I remember when we made the trip to Sapele and Oben to inspect the facilities, Shell had to tell their staff that Platform Petroleum, which had a marginal field in there was merely inspecting their facility just in case we needed to send our production there.

After that trip, we were meant to take the chairman of Maurel & Prom to go and see the minister. Dr. Rilwanu Lukman was the adviser then. We had spoken to him before and he was very happy that we were doing that transaction. He said “oh, yeah, we will talk to NNPC and once NNPC gives the approval, we will approve it, that’s it.”

But in between giving us that promise and when we physically went to visit him, operatives inside NNPC and the DPR had given him an opinion that he should not allow us to proceed with the transaction.

In fact, some whiz kid head of legal at NAPIMS had given him an opinion which generally said that Shell had nothing to sell, that under the Petroleum Act, everything inside the ground belonged to the Federal Government.

But what he glossed over was the fact that all the operators who have a JV interest have an economic interest. That’s why they can list the value of their economic interest on the stock exchange. So, how can you then say that they have no value to sell?

‘Rags to Riches’ is not a cliché:

“I was very short before I went to the boarding house. When I got to the boarding house, the food they ate was beans and yam, rice and dodo and the occasional swallow. I came in October, then went home for mid-term in December. When I got to Abbi, I just sauntered into my compound. My aunt was visiting and she looked up and asked “who is this o?” I said I was the one. She peered close and exclaimed – “You are tall.” Not understanding what she was saying I went inside. Back then we had all these long mirrors at home. I stood in front of the mirror and looked and saw that it was true. I had sprung up. If I hadn’t go to that boarding school, I would have died a short man. What had happened was simple; I had started eating balanced diet.”

From the backwaters of the Niger Delta, in Nigeria’s oil rich region, to one of Africa’s most influential boardrooms, Austin Avuru’s story of becoming reads like a dream. Despite its being a master class work on the audacity of entrepreneurial undertaking, the 220 page story is an old fashioned, feel good tale. And that’s because it has benefitted from careful research and painstaking delivery by a pair of writers with a keen eye for the diversity of human relationships: our foibles, triumphs, generosity, candor, nepotism.

This book is a must read for anyone who believes in potential.