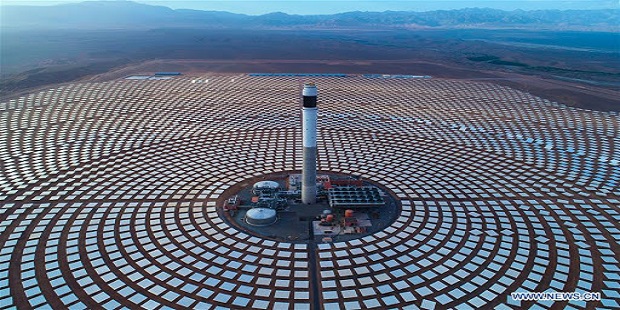 Submissions for Morocco’s tender for the construction of the first phase of the Noor PV II complex will wrap up on January 31, 2021.

Moroccan Agency for Sustainable Energy (MASEN) called for expressions of interest (EOIs)  for the 400MW project in 2020.

Winning bidders will be announced in the second quarter. The contracts are due to be signed in the third or fourth quarter of 2021.

Morocco’s Noor solar programme was introduced back in 2009 with the goal of adding at least 2,000MW of solar PV across the country, supporting the Kingdom’s target of growing the proportion of renewables in its installed power mix to 52% by 2030.

Construction of the first phase of the project – Noor I – began in 2013, and reached completion in 2016. On 4th February 2016, King Mohammed VI chaired the commissioning ceremony at the first plant, and officially launched the construction of phase II and III of the solar complex.

While Noor I and Noor II use concentrated solar power (CSP) technology to generate electricity with the help of 12-metre-tall mobile parabolic mirrors, Noor III will introduce a technological variation of CSP technology, by using a solar tower. The fourth phase will use photovoltaic technology.