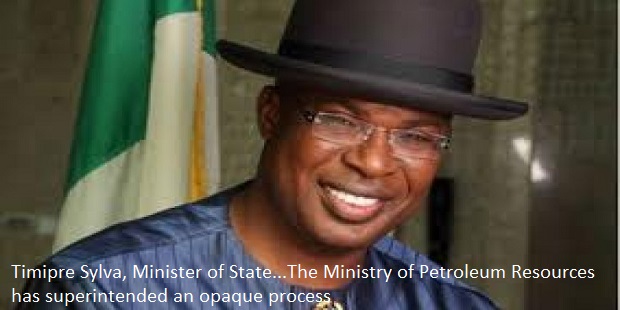 The Department of Petroleum Resources (DPR), Nigeria’s hydrocarbon regulatory agency, started emailing letters to potential awardees of the country’s Marginal Fields Bid Round over the last week of 2020.

But the fact that the agency does not publish a list of these potential awardees, and does not send the letters all at once, but chooses to distribute the letters in batches, sometimes in the wee hours of the morning, has raised concerns about the transparency of the process. It also heightens the risk of assurance of investment inflows.

The three and half month-long bid round exercise was launched on June 1, 2020 and concluded on September 15, 2020. The bid analysis, carried out by the DPR, was concluded a month after and the result dispatched to President Muhammadu Buhari for approval.

Since the President’s nod, the follow up process has been so opaque that speculations have replaced public conversations that open bid rounds supposedly engender. Nobody said that this was a discretionary award, so why should the standard discussion of the bid process begin with: “Have you received your letter?”. If the list was published no one would be making such a stress induced query. And no one would be suggesting that there are “checkpoints” at the Ministry of Petroleum Resources, where agents are demanding bribes to deliver letters, or add companies to the approved list. Openness is important.

The DPR’s tepid public statement, released on December 31, 2020, sheds only very little light. “161 successful companies have been shortlisted to advance to the next and final stage of the bid round process for 57 marginal oilfields in the country”, it says. What the statement does for us at Africa Oil+Gas Report, is that it confirms the numbers-of those shortlisted- in our story of December 16, 2020. But it gives us no comfort to note that the Ministry of Petroleum Resources appears uncomfortable to publish the approved list of shortlisted companies for a bid round that has received the President’s nod for close to a month.

For all the strident conversations around probity in public office, for all the talk about Nigeria’s poor reputation as an investment destination; for all the challenges that the country has with revenue generation, for all the problem about a soaring debt burden, this highly patronized marginal field bid round was an opportunity to show that the country was open for business.  600 applications for a bid round is a high figure by any standard anywhere in the world. But it is not one to be taken for granted. People flock to Nigerian marginal fields- where at least a well has proven hydrocarbon resources in place, and most fields are sited in the producing parts of the basin- than they do to acreage licencing rounds, in which the tracts are located largely on the margins of the Niger Delta and many of the available assets are exploratory.

Even as the competition is open only to locals, the investment dollars are largely coming from abroad-as development of 57 fields in a two-to-four-year span cannot be funded by Nigerian lenders alone. This means that, with this process, Nigeria has attracted the gaze of the global investment community. It is about hydrocarbon resources, aftercall.

It is so unfortunate, then, that the current leadership at the Ministry of Petroleum Resources has chosen to throw away the chance to show that competitive bids for Nigerian hydrocarbon resources can again be open and transparent, after years of struggling with reputational damage.

Whatever happens after now, with this process, the waters have already been muddied.

« Angola Charges $1Million Entry Fee for Next Bid Round, to Launch in April 2021
TOTAL Annexes a New Acreage in East Mediterranean »