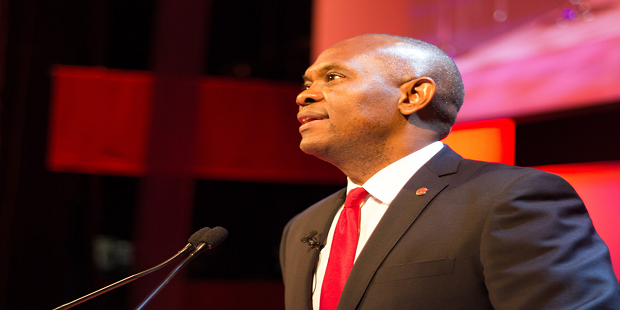 Last Friday, January 15, 2021, Shell announced it had completed the sale of Shell &Co (meaning Shell, TOTAL and ENI)’s 45% interest in OML 17 to TNOG Oil and Gas Limited, a company controlled by the tycoon.

But the UK-Dutch major didn’t mention OML 11, whose operation it is no longer in control of.

TNOG, “a related company of Heirs Holdings Limited and Transnational Corporation of Nigeria Plc (Transcorp)”, had paid $453Million at completion, with the balance to be paid over an agreed period”, Shell said in the release. The balance is $80Milion.

$533Million appears to be a lot of money to be paid for OML 17 at this point in time, considering how the deal has travelled. The acreage, located north of Port Harcourt, the commercial hub of the Niger Delta region, contains such iconic Shell operated fields as Agbada, Obigbo, Obigbo North, as well as Otamini and Umuchem. It currently produces up to 20,000Barrels of Oil Per Day (20,000BOPD) and hosts facilities that can output 150,000BOPD. Gas production is less than 50Million standard cubic feet per day (50MMscf/d).

As far back as late 2016, Shell had demanded $1.2Billion for 45% interest in OMLs 11 and 17, a process constrained by the fact that the two licences were close to their expiry dates. In 2017, they were included on the list of 17 acreages that Shell had submitted to the government for renewal. But the Nigerian regulatory agency, Department of Petroleum Resources (DPR), citing the extra-large size of the acreage per its extant regulations, withheld the renewal of OML 11 as it was and proposed to President Muhammadu Buhari, who doubles as the petroleum minister, to carve the tract into three and approve only one for Shell. The President’s office, however, went farther than the request. It withdrew the operatorship of the entire OML 11 from Shell. Renewal of the remaining 16 assets was approved. That singular act dimmed the investment prospects of the deal that Shell and TNOG were negotiating, as OML 17 is considered the less prospective of the two blocks.

Still, Mr. Elumelu, it would seem, badly wanted to annex an apparently sizeable producing asset to his energy portfolio, which already includes two thermal generating plants and two non-producing hydrocarbon acreages. More crucially, for the businessman, producing assets like OML 17 start their lives with new holders as ongoing cash generating engines, no matter how depleted the fields are or how challenging the operations turn out to be.

Shell, in its release, reported that the completion of the transaction “follows the receipt of all approvals from the relevant authorities of the Federal Government of Nigeria”. Shell also said that it will retain its interest in the Port Harcourt and Residential areas, which fall within the lease area.