Energean to Top Up Egypt’s Gas Output with 90MMscf/d 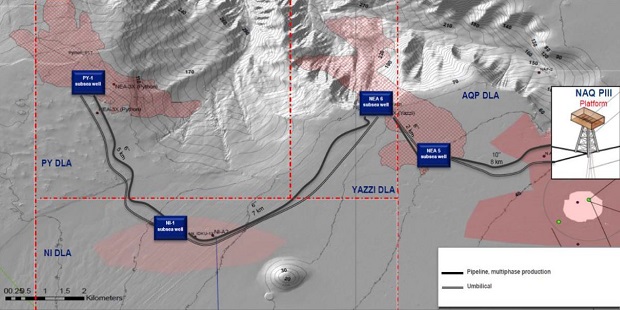 Energean’s Final Investment Decision on the NEA/NI project in Egypt, calls for a $235Million spend to deliver natural gas at 90Million standard cubic feet per day at peak.

TechnipFMC has been awarded the EPIC contract to deliver the project.

Energean Plc is a London listed firm with focus on the Mediterranean.

NEA/NI refers to North El Amriya and North Idku concessions, which are, though not contiguous, being jointly developed.  The project is a shallow offshore subsea tieback.

NEA/NI, with 49Million Barrels of Oil Equivalent (BOE) of 2P reserves, 87% of which is gas, is due to deliver first gas in the second half of 2022. Some 1,000Barrels per day of condensate will also be produced.

“When Brent prices are above $40/bbl, gas will be sold at $4.6/MMBTU, which is the highest achieved to date for shallow water gas production, offshore Egypt”, Energean says in a statement.