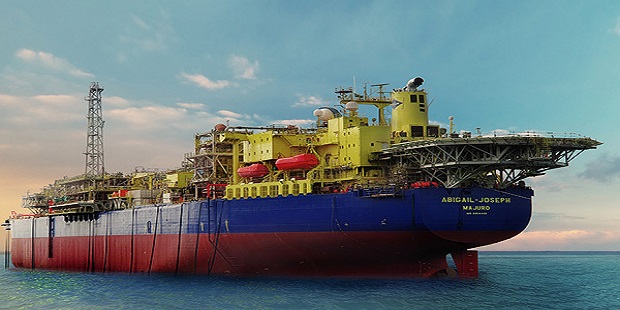 First oil has been exported from Yinson Holding’s Abigail-Joseph floating production, storage and offloading (FPSO) vessel, which is moored on the Anyala and Madu fields, in OMLs 83 and 85, in shallow offshore Nigeria.

Yinson Holding says that exports began on January 10, 2021, praising its operations team for making this possible.

The FPSO is the company’s fourth facility offshore Nigeria and its first integrated greenfield oil and gas project, the company says.

The vessel left Singapore on February 26, 2020, and achieved first oil in Nigeria on October 28, 2020, marking the start of a firm charter for the vessel, which will run for seven years, with options for another eight.

Production began from the Anyala West field, on OML 83, with five development wells. Yinson has noted the speed with which it accomplished its work. It reached first oil within 20 months of signing the contract with local company First Exploration and Petroleum. Nigerian National Petroleum Corp. (NNPC) is in a joint venture with First E&P, which operates the OMLs.

The Abigail-Joseph was previously in service in Gabon. It was deployed on the Olowi field as the Allan FPSO.

« Savannah May Get A Trickle of Crude Oil to Zinder Refinery In Niger Republic
ENI Increases Its Ghanaian Oil Production by 34%, to 52,000BOPD »