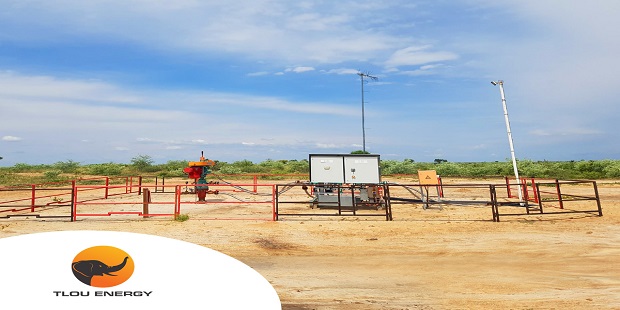 Tlou Energy is currently seeking funding for development of the Lesedi Power Project in Botswana, with plans to develop gas and solar power generation assets with the sale of electricity into the regional power grid.

The London listed company claims it has completed formalities for a 2MW Power Purchase Agreement (PPA) with Botswana Power Corporation (BPC) and has received the signed PPA and Grid Connection Agreement.

The project covers an area of approximately 3,800 Km2 and consists of four Coal and Coal Bed Methane (CBM) Prospecting Licences (PL) and a Mining Licence (ML).  The Mining Licence area is currently the focal point for Tlou’s operations and includes the Lesedi production wells or ‘pods’.

Phase one involves transmission line construction, transformers, grid connection, electricity generators and potentially the drilling of additional gas wells. The ~100 Km transmission line will run from the Lesedi project to the town of Serowe where it will connect to the existing power grid. Initial generation is proposed to be up to 2MW of electricity. Funding required for phase one is ~ $10Million which can be staged if necessary or prudent to do so. “

Phase two funding is for the expansion of electricity generation up to 10MW. This will involve drilling more gas wells and the purchase of additional electricity generation assets. Funding required for phase two is ~ $20Million. Upon successful completion of phase one and two, the Company plans to expand the project beyond 10MW.

Funding discussions are progressing well, in particular with Botswana based institutions with which the Company is in ongoing discussions. Should technical and risk assessments on Tlou’s operations be successful, the relevant parties would then seek internal approval to proceed, followed by legal and other due diligence. If such approval is granted, which is currently expected towards the later end of Q1 2021, Tlou would then be in a position to announce further details of the proposed deal.

Tlou is also considering what further progress can be made at Lesedi prior to conclusion of any Botswana based finance. Activities could include the purchase of land for gas and solar development, preparatory work on transmission line infrastructure, and drilling operations. Undertaking this work in the near term and in advance of the conclusion of the ongoing discussions in Botswana could facilitate a more rapid development of the project – all subject to funding as well as any pandemic related restrictions that may be in place.