O&G Training Is A Big Opportunity in Angola 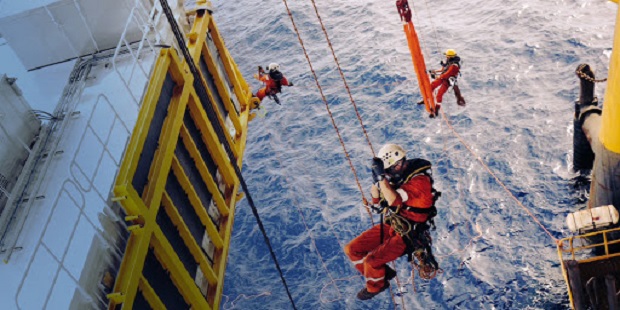 With the Angolan government increasingly focused on localisation, the training of low to mid-level, technical manpower has become a huge opportunity in the country.

The men who handle rope access, the technicians who work on scaffolds and those that weld and blast on corroded bodies of sea-based platforms, make the bulk of the workforce on producing facilities.

At any given phase of an E&P oil and gas project, the petroleum geoscientists, the reservoir engineers and the drilling engineers are few. Yet universities and polytechnics in Angola, as elsewhere in Africa, have placed more emphasis on training this elite technical workforce.

The bulk of the labour, however are those lower skilled technicians. Most of those who are doing the everyday work on TOTAL operated Kaombo, bp operated Greater Plutonio, ExxonMobil operated Kizomba fields and their likes, are not Angolans.

In the lead up to the commissioning of Kaombo, a horde of South African technicians were imported to work on rope access and welding and blasting. The men were being paid between $400 and $500 a day.  But many more Angolans could be trained in these jobs and gain international certifications.

International regulations require every employer to ensure that no person engages in any activity involving work at height (scaffolds, rope access) unless he or she is competent to do so.

Setting up training workshops and bringing trainers for days and weeks and facilitating international certification after the training is a worthwhile business to pursue in Angola now.

Originally published in the October 2020 edition of Africa Oil+Gas Report.