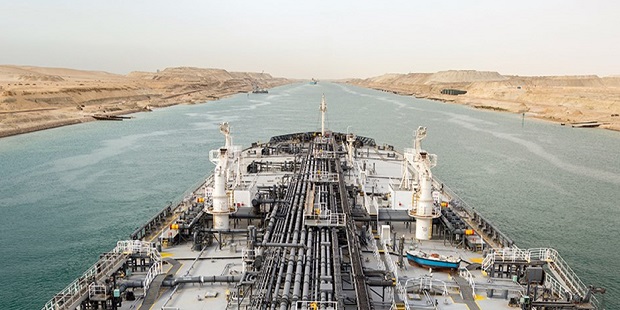 Crude oil trader, Mercuria, has expressed interest in investing in the Suez Canal, the international maritime shipping lane that is a favourite of crude oil and natural gas exporters.

The 17-year-old company, with gross turnover of $116Billion and 368Million TOE (Total trading volume) in 2019, “wants to be involved in the area because it is geographically important and is one of the most promising economic regions in the world”, according to Mustafa Madbouli, Egypt’s Prime Minister.

The Suez Canal runs through Egypt, spanning north to south from the Mediterranean Sea to the Red Sea.

For most of the six weeks of 2021, it has been the preferred shipping route for LNG carriers heading from the United States to East Asia and looking to avoid a highly congested Panama Canal, according to Argue Media. Shippers are finding that the shorter journey offered by Suez offsets the toll they’ll have to pay by choosing the canal over rounding the Cape of Good Hope.

Mr. Madbouli held a meeting with the Egyptian officials of the company, including Majid Shenouda, CEO of Mercuria Egypt, over the terms of Mercuria’s proposed investment. The government side at the meeting included Tariq El-Molla, Minister of Oil and Mineral Wealth, Osama Rabei, Chairman of the Suez Canal Authority, and Yahya Zaki, Chairman of the Suez Canal Economic Authority.

Mercuria is proposing to invest $450Million in ship supply, marine waste collection and water purification, as well as shipping services in the Suez Canal area. The company executives told the government officials that Mercuria has a timeline for implementation of no more than 36 months.

Mr. El Molla, the petroleum minster, disclosed that Mercuria had been in contact with the Ministry for some time, and there are many aspects of cooperation, especially since the oil sector in Egypt has the infrastructure, human skills and experiences that can be hired to serve all proposed projects.

At the end of the meeting, the Prime Minister directed the completion of the negotiation process with Mercuria operates in more than 50 countries around the world, with fixed asset size of up to $2.8Billion, according to its website.