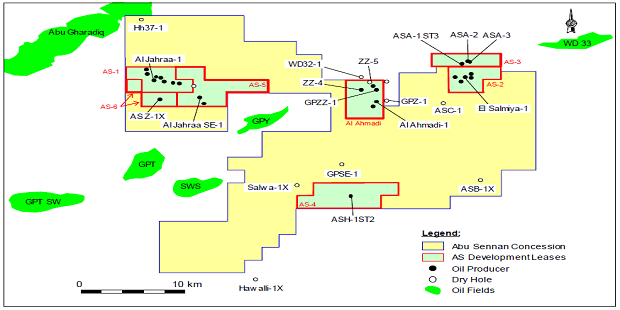 Kuwait Energy Company is moving the ED-50 rig to the north of the Licence, to drill another well, after the moderate success of the last one, which will soon be brought to production.

The next probe is the ASD-1X exploration well, located close to the producing Al Jahraa field. The well is targeting the Abu Roash reservoirs in the Prospect D structure and, if successful, can again be quickly be brought into production.

“The partners, Kuwait Energy and United  Oil and Gas when brought on production over the coming days, ASH-3 will provide a significant boost to the concession-wide production rates that averaged 10,500 boepd gross (2,310 boepd net) during January 2021.

“We look forward to the spudding of the forthcoming exploration well and the remainder of our 2021 work programme,” the partners say.