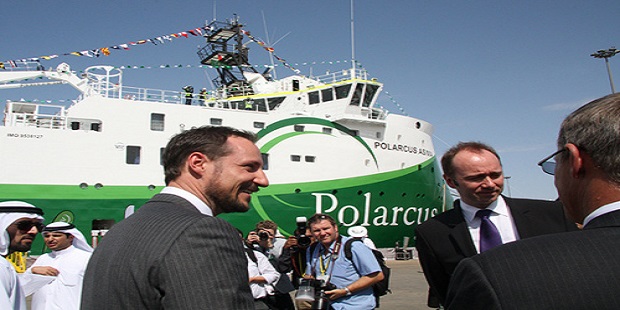 Polarcus, the marine seismic exploration firm, is in provisional liquidation.

It is not having an easy time of it.

The Oslo listed company has spoken out recently about addressing long term financing structure following financial default, and has talked of lenders withdrawing support of ongoing vessel operations, which Is the heart of its business.

“The Board has continued to have regard to the developing financial position of the Company, including the events of default that have occurred, the enforcement action which resulted in the Vessel-owning companies being transferred to a company controlled by the Lenders, and the Lenders confirming their withdrawal of continuing support of the Vessels’ operations”, Polarcus says in the latest release.

The Board “remains focused on pursuing a restructuring of its indebtedness and maintaining the underlying business as a going concern. Discussions between the Company and its creditors, including the Secured Creditors, remain ongoing”.

Polarcus says that in order to “effect a restructuring and to maximize value for all creditors, the Company filed an application with the Grand Court of the Cayman Islands seeking the appointment of Soft Touch Provisional Liquidators over the Company, with a specific mandate to work alongside the Board to pursue a restructuring in the interests of all creditors”

The Joint Provisional Liquidators are specifically authorized by the Court to take all necessary steps to develop and propose a restructuring of the Company’s financial indebtedness with a view to making a compromise or arrangement with the Company’s creditors or any class thereof. The JPLs intend to discuss and consult with the Board wherever practicable throughout their tenure acting as agent for and on behalf of the Company, and to work alongside the Board in pursuing a restructuring and in ensuring that returns to creditors are maximized.

“The Board retains all powers of management conferred on it by the Order, subject to the appropriate and necessary oversight and monitoring of the Joint Provisional Liquidators as regards the exercise of such powers. The Board and the boards of directors of the Company’s subsidiary entities will continue, working alongside the JPLs as appropriate, to engage with the creditors, employees, other stakeholders and third parties in relation to the business and operations of the Polarcus group”.