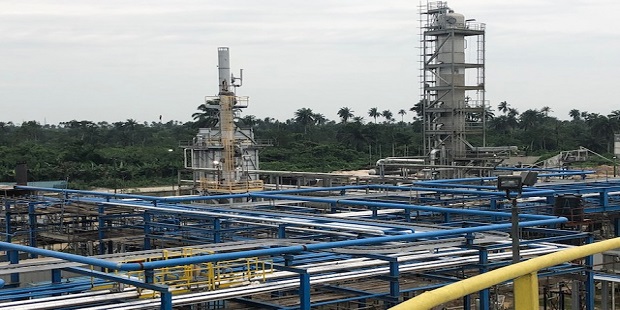 The Nigerian independent, Niger Delta E&P, is anticipating the first flow of gasoline from its 11,000 Barrels of Oil Per Day (BOPD) refinery on the Ogbele field, in Rivers State, in the east of the country.

The three-train modular refinery has the capacity to produce a daily output of 600,000 Litres of gasoline, the most important petroleum product in the Nigerian market.

Gasoline is the fuel of road transportation. In the post COVID-19 world, it will be the most economically viable, of the major fractionation products of crude oil refineries around the globe.

The 600,000 Litre capacity at Ogbele, if delivered consistently at optimum, is easily around 30% of what the entire state owned NNPC produced, with input capacity of 445,000BOPD, in 2018, the latest year for which officially sanctioned data is available in the public domain.

The Nigerian Oil and Gas Industry Annual Report 2018, published by the Department of Petroleum Resources, reports that NNPC produced 2,043,070 litres of gasoline per day, making 745.7Million litres in the year.

NNPC’s entire in country gasoline production in 2018 was however about 4% of the entire imported volume of the product by the company, which came to 53.592Million litres a day. Clearly there’s significant opportunity in local production of gasoline.

There was no production at the state-owned refineries in the entire year 2020, due to ongoing rehabilitation work, NNPC states in its November 2020 report.

The Ogbele refinery project initially came on stream in 2012 as a 1,000BOPD capacity topping plant, producing 85,860 litres of diesel every day from 540BOPD of crude.

Now that all the trains are running optimally, the Train 3 will fully convert all Naphtha to Premium Motor Spirit (Gasoline) at an average daily output of some 600,000 Litres.