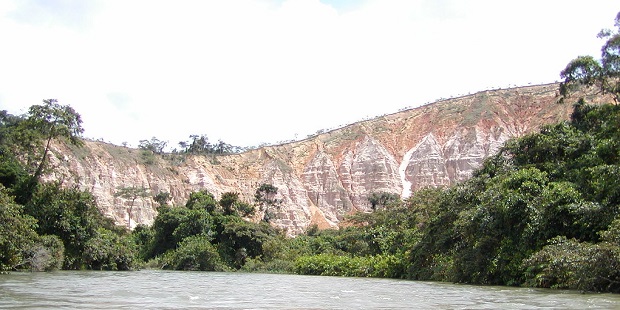 The new forest will create a carbon sink that will sequester more than 10Million tons of CO2 over 20 years, TOTAL says in a statement.

The Batéké Plateaux is a volcanic area, located around the border between the Republic of Congo and Gabon, in the Congo Basin. It hosts the source of several of the region’s signature rivers, including the Njari River in Congo and the Ogooue, Mpassa, Ndjoumou, Lekabi and Lekey Rivers, all  of which flow in Gabon.

The CO2 sequestration is to be certified in accordance with the Verified Carbon Standard (VCS) and Climate, Community & Biodiversity (CCB) standards, TOTAL explains. The project, financed by TOTAL, includes agroforestery practices developed with the local communities for agricultural production and sustainable wood energy. By 2040, responsible management through selective cutting will promote the natural regeneration of local species and provide Brazzaville and Kinshasa with lumber and plywood.

“With this, TOTAL is committing to the development of natural carbon sinks in Africa”, declares Nicolas Terraz, the company’s Senior Vice President Africa, Exploration & Production. “These activities build on the priority initiatives taken by the Group to avoid and reduce emissions, in line with its ambition to get to net zero by 2050. They will also help to showcase the Congo’s natural potential and to extend our long-term partnership with the country, where we have been present for fifty years. “

The project is designed to produce multiple social, economic and environmental benefits. The planting of Acacia mangium and auriculiformis trees on sandy plateaux exposed to recurring bushfires will create a forest environment that will ultimately help broaden the ecosystems’ biodiversity. The project will create employment opportunities, with a positive impact on several thousand people. In addition, a local development fund will support health, nutritional and educational initiatives to benefit neighboring villages.

“This ambitious and exemplary project is part of PRONAR, the national afforestation/reforestation program launched in 2011 to expand the country’s forest cover and increase carbon storage capacity, create new wood-based businesses to diversify the national economy, and foster the emergence of a green economy in the Republic of the Congo,” explains Rosalie Matondo, Minister of the Forest Economy of the Republic of the Congo.