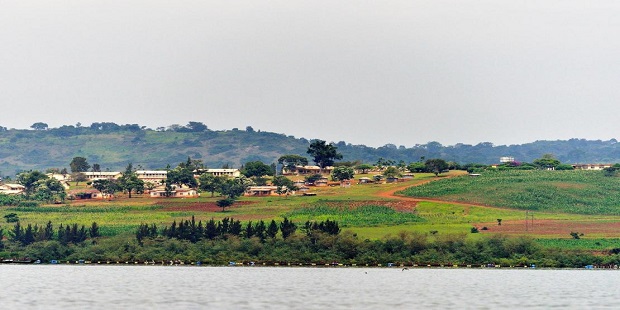 A tripartite agreement involving the governments of Uganda and Tanzania and the French oil major TOTAL, is expected to be publicly signed at the State House, Entebbe, Uganda, on April 11, 2021.

The event was postponed from March 22, 2021, as a result of the March 17 death of Tanzanian President John Magufuli.

The agreement will signal the Final Investment Decision(FID) -and the launch-of the Tilenga Development Project (the upstream oilfield development) and East African Crude Oil Pipeline (the main midstream project).

With the entire 1.3Billion barrels (recoverable reserves) in the Ugandan side of the Lake Albert Basin at stake, and 230,000Barrels of Oil Per Day expected to be output at peak production, the Tilenga-Kingfisher project is the biggest onshore upstream crude oil development in Africa in 20 years.

The continent has witnessed only deep-water developments of this magnitude, since TOTAL operated Girassol field came onstream offshore Angola in 2001.

Libya and Algeria, sites of Africa’s largest onshore fields, have not developed anything close to a 230,000BOPD project anywhere since Girassol’s first oil. 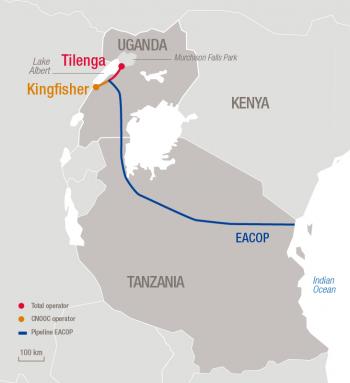 The Tilenga project, located in the Buliisa and Nwoya districts in Lake Albert, is operated by TOTAL (56.6%), in partnership with CNOOC and the Ugandan National Oil Company (UNOC). It includes the development of six fields and the drilling of around 400 wells on 31 locations. Production will be delivered through buried pipelines to a treatment plant built in Kasenyi, for the separation and treatment of the fluids (oil, water, gas). All of the water produced will be reinjected into the fields and the gas will be used to produce the energy needed for the treatment process. Surplus electricity will be exported to the pipeline and the Ugandan grid.

The Kingfisher development, whose production and processing facilities are located on the Buhuka Flats at the shores of Lake Albert in the Kikuube district, is the second upstream project in the basinwide development. It is operated by CNOOC. Whereas Tilenga will deliver 190,000BOPD at peak, Kingfisher will do 40,000BOPD at peak.

The East African Crude Oil Pipeline is a transborder 1,443 kilometre crude oil export infrastructure that will ferry the waxy crude from Kabaale in Hoima district to the Chongoleani Peninsula in the Tanzanian port town of Tanga on the coast of the Indian Ocean. It comprises a 24-inch insulated buried pipeline, six pumping stations (two in Uganda, four in Tanzania) and a marine export terminal.

In Tanzania, it will cover a distance of 1, 147 kilometres, through eight regions (Kagera, Geita, Shiyanga, Tabora, Singida, Dodoma).

First oil from the Tilenga-Kingfisher project is expected by mid-2025.

Construction of the 60,000BOPD refinery is expected to begin in late 2023, with commissioning by 2026. The export project is, regardless of the wishes of the Ugandan government, the top priority.