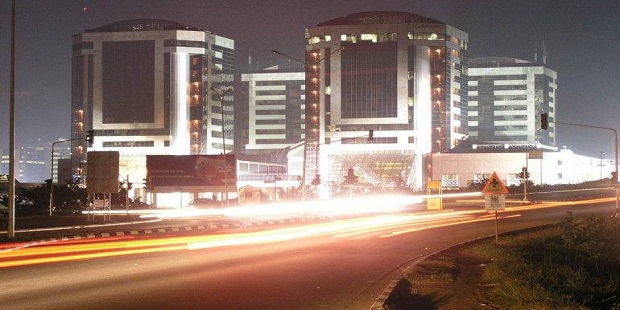 Optimism abounds in the air about the likely impact of the passage of Nigeria’s Petroleum Industry Bill (PIB) on the country’s state hydrocarbon company.

The default position, it seems, is that, once the reform law is in place, the Nigerian National Petroleum Corporation (NNPC) will be much better run.

“Decision making and efficiency would greatly improve”, one top General Manager at the NNPC told me, “when the bureaucratic red tape strangulation is cut off, after the PIB is signed into law”.

I responded that the 252-page bill, currently in debate in the country’s parliament, doesn’t impose any obligation on NNPC to improve.

“It however removes all excuses for nonperformance”, my GM friend countered.

I was startled by the gentleman’s naivety.

Nothing in the PIB, I replied him, attempts to coax NNPC out of its chronic, value-destroying tendencies.

But am I being extremely cynical?

Other optimists have expressed the view that, by improving the regulatory climate in the industry, the bill allows operators freer room to operate without encountering NNPC’s toxicity. Let me use the words of one of them: “The PIB promises a structure that enables the private sector to do its business under proper regulation and transparency and NNPC to do its business under regulation and transparency”.

And here’s a stretch of the argument: If the PIB is passed in its current form and properly implemented, NNPC’s role will so shrink that “its role in the industry will hardy be noticeable”.

These opinions place too much faith in the self-propelling possibility of a piece of legislation, constructed to address the largest rentier sector in a fragile petrostate.

And comparisons between what the PIB could do to NNPC, with what the Nigerian telecoms reform did to NITEL, is extremely exaggerated.

The PIB admittedly declares that NNPC will no longer perform regulatory roles. But the contention that the company will become a “mere” sector player is overstated. It will still loom large in our lives, and that’s very problematic.

There is a clause in the new law that tinkers with NNPC’s monopoly of hydrocarbon pipelines. There’s another that places exploration of frontier basins under the remit of the Upstream regulatory commission. These are big deals.

But NNPC is in joint venture in acreages that produce 45% of the country’s crude, and will continue to be. It is also the Concessionaire in the Production Sharing Contract (PSC) arrangements, which deliver over 39% of the crude, according to the 2018 OIL and Gas Industry annual report by the Department of Petroleum Resources (DPR), the latest state sanctioned report on the Nigerian hydrocarbon industry..

And there is the matter of NPDC, the operating subsidiary of NNPC. It’s a massive, incompetent wrecking ball, which has been gifted joint venture participation in 10 Oil Mining Leases (OMLs), all of them producing.

In 2019 alone, the Nigerian Government added more to the cart: It approved the transfer of OMLs 11, 24 and 98, including the operatorship of OML 116, from Federation’s interest (NNPC) to NPDC.

It’s important to highlight this point because NPDC is one of the shining stars in the NNPC firmament. Whenever you read an NNPC financial report, it is NPDC which performs best or near the top. But the degree of its performance is in direct proportion with the help it gets from its partnerships with private entities. On its own, its capacity is hollow.

Another stellar achiever in the NNPC group is the Integrated Data Services Limited (IDSL), which was created in 1988, this same year as NPDC, to be an industry provider of Geophysical, Geological, Reservoir Engineering and Data Storage and Management Services.

IDSL’s claim to profitability lies in forcing its rivals into partnership for jobs contracted out by E&P companies. IDSL’s technical capacity is not widely respected in the industry. But since the E&P companies who control these contracts are either operators of Joint Ventures with NNPC or answerable to NNPC as their PSC Concessionaire, they find themselves unable to escape contracting the jobs to “IDSL-XX Joint Ventures”. In these roles, IDSL is always merely fronting.

There’s nothing in the draft PIB that seeks to stop the bullying tendencies of the state hydrocarbon firm and its subsidiaries, especially since the entire industry has, over the last 30 years, largely been handed over to them.

The Petroleum Industry Bill, at least the draft that is currently being debated, does not call for the privatization of the NNPC. But it has nevertheless created an ongoing conversation in the international media about possible privatization because it says that “The Minister shall within six months from the commencement of this Act, cause to be incorporated under the Companies and Allied Matters Act, a limited liability company, which shall be called Nigerian National Petroleum Company Limited (NNPC Limited)”.

I understand the argument that goes like this: “The PIB promises an industry structure that should create efficiency and transparency”. What I know to be wrong, is the thinking that once the new law comes to effect, and it is being rigorously implemented, “NNPC business will start to dwindle and nobody would notice”.

True, the PIB, as currently drafted, has benefitted from a lot of lessons learnt and it is addressing key issues including the future of gas, domestic energy security and transparency.

Laws, however don’t, on their own, foster efficiency. It is those who operate the entities, governed by the laws, that deliver efficiency, if they are keen. And laws can only work optimally with consistent testing.

It is the responsibility of not just the government, or the regulatory agencies, but also the many companies that make up the constituent parts of the industry, to be vigilant by testing this law in courts and in rigorous advocacy. Not by whispering their fears and anxieties to the media and leaving the advocacy to NGOs.

This piece was initially published in the December 2020 edition of the Africa Oil+Gas Report.

« Oil markets May Last Much Longer, If Clean Energy Policies are Not Sustained-IEA
ENI’s Victory in Milan Creates Two Conflicting Reactions in Abuja »