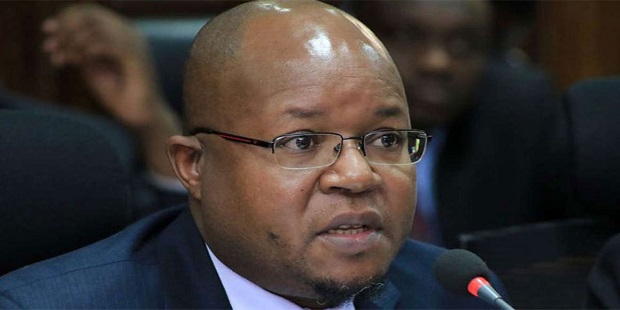 He is in court for allegedly demanding a $4,500 (Sh500,000) bribe from an employee of a petrol filling station. He was arrested by detectives from the Ethics and Anti-Corruption Commission (EACC) in December last year for

EPRA had closed the station because of sales of unauthorised fuel. Despite paying a fine, EPRA allegedly continued to delay authorising the reopening of the filling station.

The charges stated that on December 2, 2020, Mr. Oimeke requested for a financial benefit of $4,500 (Sh500,000) from Wycliffe Odhiambo Oyoo, allegedly sending the message through a private messenger App, and assuring him that he would authorise the opening of the station: Nyang’ina Filling Station in Oyugis, Homa Bay County.

The EACC said an employee at the fuel station handed over the cash to Oimeke at his office. The employee had tipped off the anti-corruption agency. Following the handover, the EACC arrested Oimeke.

The anti-corruption court, headed by chief magistrate Douglas Ogoti, heard that on December 10, Mr. Oimeke received a bribe of $1,820 (Sh200,000) from Mr Oyoo, so that he could authorise the opening of the filling station.

The EACC said Oyoo handed over the cash to Oimeke at his office after he had tipped off the anti-corruption agency. Following the handover, the EACC arrested the EPRA chief.

Oimeke has had a stormy time in office since the commencement of his second three-year term on August 1, 2020, when an EPRA board meeting decided to send him on leave pending the outcome of a case where a petitioner, Emmanuel Wanjala, challenged the legality of the tenure. Wanjala had accused Oimeke of “abuse of office, mismanagement of a public institution and public resources, corruption, tribalism and favouritism which is uncharacteristic of a public servant”. The EPRA reinstated Oimeke on October 9, 2020 following a court hearing on October 6, 2020.