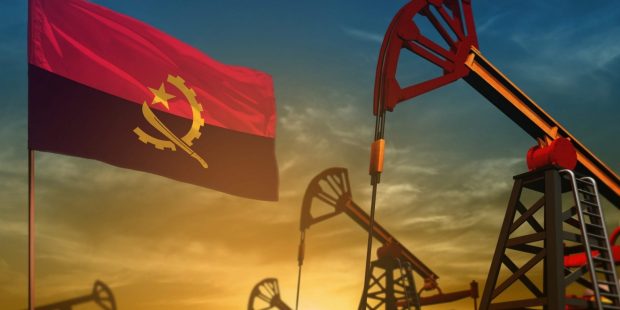 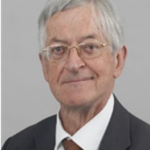 “Africa has abundant natural resources and the associated revenues could be an important motor for development. However, changing global energy dynamics mean that resource-holders cannot assume that their oil resources will translate into reliable future revenues. “

The COP26 (UN Climate Change Conference) will be hosted by the UK Government  in Glasgow in November 2021. TheSummit is to accelerate action towards the goals of the 2015 Paris Climate Agreement.

As part of its Green Energy Roadmap the UK Government and the oil and gas industry reached a historic accord: companies will be allowed to continue oil and gas exploration in the North Sea, but the industry must cut its carbon emissions by 50%. Companies must pass a  ‘climate compatibility’ test if they want to continue working in the North Sea. The government  and industry have pledged up to £16Billion to help support 40,000 North Sea jobs.

The compromise falls short of the total oil and gas exploration ban that was rumoured some weeks ago. Yet it is a stark reminder that in the UK portion of the North Sea, the oil and gas industry has become a sunset industry. These measures arepart of the UK Government’s commitment to be CO2 neutral by 2050. How long will it be before North Sea exploration and development is banned totally? Will the industry’s fossil fuel assets help buttress the energy transition to ensure that renewables are a mainstream fuel?

How well is Africa prepared to be CO2 free by 2050? What contribution can be anticipated from Africa’s oil and gas sector?

Should Africa be given dispensation and consequently more time to rid itself of CO2 emissions  beyond 2050? After all,emission levels in Sub-Sahara’s two major petro-economies- Nigeria and Angola- are negligible when compared to Chinaand the USA. Nigeria emits only 0.73%, Angola 0.25% vs China’s 28% and the USA 15%.

Set this argument aside. Instead make the case for  national oil and gas companies  using their fossil fuel assets to buttress up their energy transition. Again turn to Sub-Sahara Africa’s two major national oil companies: Nigerian National Petroleum Corporation(NNPC) and Sonangol in Angola.

The case of Nigeria

At the recent AOGS (Africa Oil and Gas Summit)Energy Webinar Series  Energy Transition and the implications for Nigeria,  the main theme was: “Is Nigeria’s 40Billion barrels proved reserves(or parts of), at risk of being written off someday to be replaced by green energy assets in the portfolio mix of the major oil companies?”.

A key response was that Nigeria should align itself with the Paris Climate Accord and adapt steps for a Green Roadmap: key would be leveraging the oil and gas assets to finance the green economy.

Certainly the discussion that has raged around the Petroleum Industry Bill(PIB), which promises to be a framework for the hydrocarbon industry, is not encouraging. Toyin Akinosho, Publisher, Africa Oil + Gas Report, has delivered a resounding critique. The PIB  promises to be an award toNNPC for its  continuing incompetence. He cites the following examples:• NNPC is a joint venture that produces 45% of the country’s crude; and concessionaire in the Production Sharing Contract(PSC) arrangements, which delivers 39% of the crude.• NPDC the operating subsidiary of NNPC …”is a massive imcompetent wrecking ball, which has been gifted joint-venture participation in 10 mining leases(OMLs) all of them producing”. • NPDC is seen as a bright star within the NNPC’s portfolio. Why? Because the degree of its performance is in direct proportion with the help it gets from its partnership with private entities.• Tinkering with the legislative structure of NNPC will change little given that its shares  will continue to be monopoly control by the Government.

If NNPC is perceived of not having its own house in order how can it expected to be a leader in the Energy Transition? Does it make any sense to give the same driver, who drove the initial bus off the cliff, keys to drive the new bus?

The case of Angola

Since Joao Lourenco replaced Jose Eduardo Dos Santos as Angola’s head of state in 2017, Sonangol, the state oil company, has had a rocky ride. In the past Sonangol had two roles: that of concessionaire, a highly judicious key role which gave it the power and legitimacy it had achieved and being a state oil company with its responsibilities for exploration and development of the resources. The decision to strip Sonangolof its concessionaire role was then taken and given to the newly created ANPG (National Agency of Petroleum, Gas and Biofuels).

In the Angola of today power has become diffused: Sonangolhas been stripped of its concessionaire role and is loaded with a mountain of debt; and the International Oil Companies (IOC’s) have the freedom to explore and market their natural gas. Developing green energy is certainly beyond the competence of Sonangol.

In November 2019 a new National Gas Consortium (NGC) was established, led by ENI as operator in partnership with BP, Chevron, TOTAL and Sonangol for the exploration and production of natural gas. This was previously the exclusivedomain of Sonangol.

Currently a gas processing plant is being constructed toprovide natural gas to Angola LNG, the country’s sole LNG facility. Any excess natural gas would be used by the SoyoPower Plant, which is being expanded and could supply gas to Three Million households in the future.

Angola is not a gas rich country: having only 27 TCF of natural gas reserves which pales in comparison to that of Mozambique  which has a gas reserve base of 100 TCF, third largest reserve base in Africa, after Algeria and Nigeria.

Developing a national gas strategy for the country’s industrial development is seen as a top priority. What role does Angola LNG’s future gas supply play in any national gas strategy?  Does it make any economic sense to be exporting natural gas when so little is known about Angola’s own future requirements?  What is the long-term planning for gas development and monetization? And how does this fit into the national development strategy?  If natural gas is viewed as the fuel of choice to help develop an  industrial corridor a strategy must be developed.

Green Shoots on the Horizon

In its African Energy Outlook, 2019, the International Energy Agency (IEA) paints a vivid picture of Africa’s current situation and how it could possible develop in the future. The Agency predicts, in its Africa Scenario that one-in-two people added to the global population between now and 2040 will be African.

Nearly half of Africa’s 600Million people did not have access to electricity in 2018, while around 80% of sub-Sahara African companies suffered frequent disruptions leading to economic losses.

The Africa Scenario is a plea for full access to modern electricity by 2030, tripling the average number of people gaining access per year from around 200Million to over 600Million. Grid expansion and densification is the least cost option for nearly 45% of the currently deprived, mini-grids for 30%, and stand alone systems for 25%.

LPG is used by more than half of those gaining access to clean cooking in urban areas in sub-Sahara Africa; in rural areas, home to the majority without access, improved cookstoves are by far the preferred solution.

Although the African economy will grow four-fold by 2040, energy efficiency can limit primary energy to just 50%.

Current  electricity demand in Africa is 700 terawatt-hours(TWh) with only North Africa and South Africa accounting for over 70% of the total. In the African Scenario growth could reach 2300TWh. Much of the additional demand coming from middle and higher income households.

Tripling of the electricity demand requires building a more reliable power system and a greater focus on transmission and distribution to reduce power outages. Significant scale-up of investment in grids and generation is required given that Africa has 17% of the world’s population and just 4% of the global power supply.

Natural gas meets half of North Africa’s fuel requirements, but in sub-Sahara Africa only 5%. Gas will rise to 24% by 2040, mainly to power industry.

According to the African Scenario the Nigerian economy will triple and would require less energy demand if the energy mix were more diversified. Natural gas must meet a growing share of energy demand, supported by implementation of the Government Gas Master Plan.

Today 80% of power generation comes from gas, most of the remainder comes from oil with Nigeria the largest user of oil-fired back-up generators on the continent. Natural gas remains the main source of power, although there is a shift to solar energy as the country starts to pivot towards its large solar potential.

Provided that reliability and supply improve, the grid could become the optimal solution to provide almost 60% of people with access to electricity. Nigeria achieves universal access by stepping up efforts to provide off-grid solutions to those that live off-grid.

Nigeria is a major industrial producer and a large chemical exporter and will triple chemical products by 2040 with new methanol and ammonia plants.

The country has the 2nd largest vehicle stock in sub-Sahara Africa: the number of vehicles could grow from 14 to 37 Million by 2040 with only two-times more oil consumption if more stringent fuel standards were adopted.

Universal access is achieved through greater household access to gas networks and LPG in the main cities, and improve cookstoves in rural areas.

The Government is pledged to having 60% of Angolan households access to electricity by 2025. According to Angola’s Ministry of Energy and Water the country will by then have an electrical capacity of 7.2 GW, four times the current capacity.

In December 2020 the Lauca Hydroelectric Power Station was completed and can now provide 2.7GW of electrical power to the national grid.  A second project, the Baynes Dam, is jointly being constructed by the Governments of Angola and Namibia and will provide 600 MW to both countries.

The Angolan government has partnered with Power Africa, a U.S. Government-led partnership coordinated by the U.S. Agency for International Development (USAID), and the African Development Bank (AfDB) to start a major transmission project, which aims to connect the central and southern power grids of Angola.

The programme will create an interconnected national grid supplying north, central and south Angola to create a 60% electricity access rate by 2025.

Power Africa will also be assisting the AfDB in connecting pre-paid meters. In December 2019, the government was granted a $500Million loan package from the AfDB to finance the program. The beneficiaries of the project include households, industries, businesses and small to medium sized enterprises in Angola, with the aim of increasing access to cheaper, more reliable and sustainable electricity.

Conclusions• The history of both NNPC and Sonangol is a checkered and toxic history. Can they provide the leadership in the energy transition in which oil and gas is promised to be a key element?• A national oil company-be that NNPC or Sonangol- have different agendas than the IOCs. Politics and national lobby groups is the mechanism that steers national oil companies, not shareholder value nor investment returnsthat are the main driving forces of the IOCs.• The IOCs are constantly juggling their portfolios in order to maintain profitability and low carbon emissions. They have no hesitation in abandoning assets which do not meet investor grade, leaving their national oil company partners scrambling. • Doesn’t it make more sense to start from a clean slate? In which renewable energy is marketed and produced without any attachments?• The IEA in its African Energy Outlook recommends that the developed countries should take the lead in providing financial assistance to countries less endowed and more vulnerable. For some time this has been an issue which many developed countries resisted, perhaps frightened of sounding paternalistic and seeming heavy-handed. • Yet given that Africa’s total emissions on a global basis are so negligible and its oil and gas assets will probably be discounted, the economics for accepting payment from the industrialized countries fits into this new market place of the energy transition.• Why not for for example let China write off a portion of Angola’s debt to China which totals some $25Billiongiven that China has more than one quarter of global emissions? This would allow Angola some breathing space and possibly set a precedent for other bilateral emission deals between China and  other African countries.