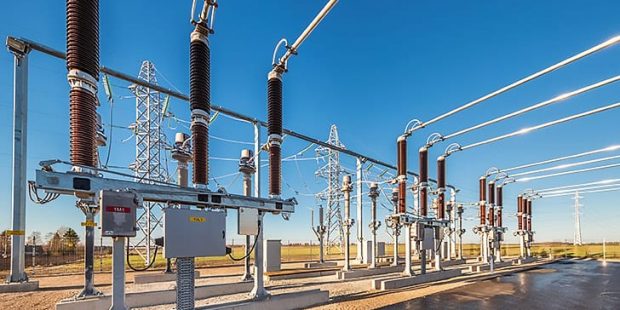 Nigeria has fallen far behind the main internationally set target for energy access, to which it had itself been an active participant, a review has shown.

The country’s current quantum of electricity delivery and its near-term prospect of Universal Electrification, do not come anywhere close to the 2030 targets of the Sustainable Development Goals (SDGs), set up by the United Nations, our review indicates.

In the Sustainable Energy for All (SE4ALL) Action Agenda, Nigeria’s implementation tool for the Sustainable Development Goal 7 (SDG 7), the country has a goal to reduce share of the population living without electricity to about 10% and increase electricity generation to at least 32,000MW by 2030.

Let us consider the current figures.

Eighty Five Million people lack access to grid connection electricity in Nigeria, leaving 43% of the population without electricity access. The country, in effect, has the largest energy access deficit in the world. Nigeria’s 206Million people share an installed capacity of 12,555MW, but only about 4,000MW is distributed to Nigerians on most days by the seven generation companies (GenCos). On the other hand, South Africa and Egypt, whose economies are second and third largest to Nigeria’s, in Africa’s GDP ranking and with population of 59Million and 85Million respectively, have installed capacity of 58,095 MW. This is way higher than Nigeria’s installed capacity despite Nigeria’s larger population.

According to the Nigerian Electricity Regulatory Commission (NERC) in its 2020 second quarter report, Nigeria recorded 5, 316MW as the peak daily generation on the 20th of April, 2020. If on the 20th of April 2020, 5,316 MW was distributed to energy consumers, and 85million people do not have access to electricity, the remaining 121 million Nigerians got an average 44watts of electricity supply.

Because Nigerians are not always entitled to 24-hour power supply, many businesses, homes and offices have had to fall back on petrol and diesel back-up generators.

Nigeria ranks as one of the six top countries generating energy with back-up generators fuelled by high quantities of fossil fuel, according to the International Finance Corporation, World Bank Group in a report titled, The Dirty Footprint of the Broken Grid. Apart from the environmental degradation that ensues from the use of back-up generators, it poses outrageous health hazards to anyone who inhales its fumes, as its emission contains carbon monoxide. A handful of Nigerians have lost their lives to fossil-fuels powered generator fumes which could be averted if there is continual 24-hour power supply in the nation.

The Nigerian government insists that it is making efforts to provide electricity to provide direct support for rural electrification. As part of its Post-Covid National Economic Sustainability Plan, it proposed a Solar Home System (SHS) in 5Million homes which will serve about 25Million Nigerians in rural areas without access to the National Grid. This is a commendable approach to rural electrification.

“Government has been part of the growth we have seen in renewable energy in the last three to five years through the rural electrification agency. There is now a 10 megawatts wind farm in the Kastina State. Also, Bayero University runs on solar now. Also, several hospitals are on solar, powered by the government.”

Renewable Energy to the Rescue

The generation capacity of renewable energy for power generation in Nigeria is relatively low, compared, again with South Africa and Egypt, the two economies with comparable GDP size to Nigeria.

Nigeria has water resources in the form of water falls and large rivers. With these natural potentials, hydropower serves as the most efficient renewable energy resource for power grid generation in the nation.

Nigeria’s 2015 National Renewable Energy and Energy Efficiency Policy (NREEEP), aims to harness hydropower production to ensure sustainability. It aims to generate 12,801MV of power from hydropower in 2030 and generate 30% in the energy mix.

Similarly, in the Renewable Energy Master Plan (REMP), there is a plan to increase renewable electricity supply to 36% by 2030.

If these targets are met, Nigeria would speed up its energy access by 2030. If not, Nigerians will continue to suffer from electricity deficiencies.

Another potential viable in the nation is solar. Solar energy has proven its ability to reach every nook and cranny of the country. It is safe to say that solar is the answer to the electricity access problem in the nation. Nigeria is blessed with abundant sunlight with about 2600hours of sunshine per year. Although Nigeria is increasing its prowess in this sector, the potentials are not fully harnessed.

Mr Segun Adaju urged the government to utilise the solar resources in Nigeria to solve the electricity access problem for rural communities.

“Solar power can be harnessed because of the country’s location. Instead of building massive power plants or grids, Nigeria should redeploy straight to distributed renewable energy like we have in the movement from telephones to mobile phones,” he admonished.

« Africa Under Siege?
The Gathering Storm: When the Going gets Tough, the Tough get Going! »