The Gathering Storm: When the Going gets Tough, the Tough get Going! 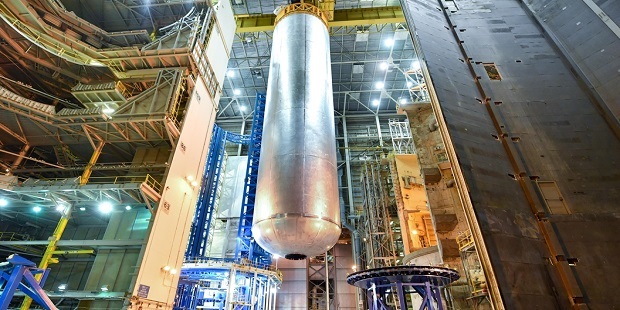 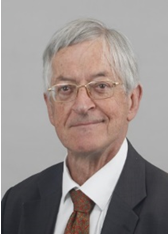 Citibank’s  recent report “Falling IOC Reserves A Looming Challenge” states that the International Oil Companies (IOCs) have seen their average reserves of oil decrease by 25% since 2015. 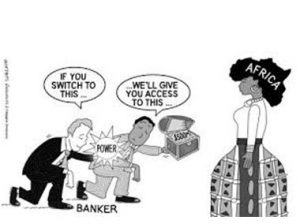 Citi said there were two clear groups forming across the oil sector, with six IOCs tightly grouped around reserve life of around 10.5 years. They are: TOTAL, BP, Chevron, ENI, ConocoPhillips and ExxonMobil. There are three IOCs in another group (Repsol, Equinor and Shell) which have reserves of around eight years.

While this may make good headlines it  is also an indication how little the underlying energy transition is understood. Firstly, it is rather surprising that Citibank should publish such naive utterances and this from a bank that  professes to have a semblance of understanding the basic tenents of the energy transition.

Secondly, what is also surprising is that the financial press have picked up on this story and repeat in chorus what Citibank has told us:  oil company reserves are down. Woe be me!

A small history lesson to better understand the shortcomings of the Citibank report.

Given the extreme importance to understand the profound implications for the oil and gas sector, a portion of the USA-based Institute for Energy Economics and Financial Analysis (IEEFA) ’s explanation and analysis  is discussed.

In short, how the Society of Petroleum Engineer’s Classification System has come to lie in ruins:

”In the summer of 2020, French oil and gas giant TOTAL SE announced a $7Billion impairment charge for two Canadian oil sands projects. This might have seemed like an innocuous move, merely an acknowledgement that the projects hadn’t worked out as planned.( https://ieefa.org/ieefa-is-oil-giant-total-an-emerging-leader-of-the-energy-transition-shows-how-to-pivot-from-an-oil-company-to-an-energy-company)

“Yet it opened a Pandora’s box that could change the way the industry thinks about its core business model—and point the way towards a new path to financial success in the energy sector.”

“While it wrote off some weak assets, it did something else: TOTAL began to sketch a blueprint for how to transition an oil company into an energy company.  A major has translated its renewable energy portfolio into barrels of oil equivalent”. Patrick Pouyanné, TOTAL’s chairman and chief executive, now says that by 2030 the company “will grow by one-third, roughly from 3Million BOE/D (Barrels of Oil Equivalent per Day) to 4Million BOE/D, half from LNG, half from electricity, mainly from renewables.”

“This is the first time that any major energy company has translated its renewable energy portolio into barrels of oil equivalent. So, at the same time that the company has slashed “proved” oil and gas from its books, it has added renewable power as a new form of reserves.”

“Each of the oil and gas majors spilled red ink last year, and most took significant write-downs. But TOTAL’s tar sands impairments were different. The company wrote off “proved reserves,” or oil and gas that the company had previously deemed all-but-certain to be produced.”

“Proved reserves long stood as the Holy-of-Holies for the oil industry’s finances—the key indicator of whether a company was prepared for the future. For decades, investors equated proved reserves with wealth and a harbinger of long-term profits.”

“Because reserves were so important, the Reserve Replacement Ratio, or RRR—the share of a company’s production that it replaced each year with new reserves—became a bellwether for oil company performance. The RRR metric was adopted by both the Society of Petroleum Engineers and the U.S. Securities and Exchange Commission. An annual RRR of 100% became the norm.”

“But TOTAL’s write-off showed that even “proved” reserves are no sure thing, and that adding reserves doesn’t necessarily mean adding value. The implications are devastating, upending the oil industry’s entire reserve classification system, as well as decades of financial analysis.”

“How did TOTAL reach the conclusion that “proved” reserves had no economic value? Simply put, reserves are only reserves if they’re profitable. The prices paid by customers must exceed the cost of production. Given current forecasts that prices would remain lower for longer, TOTAL’s financial team decided those resources could never be developed at a profit.“

The company hasn’t abandoned oil and gas, and its hydrocarbon investments may prove problematic over the long term. But its renewable investments will add ballast to the company’s balance sheets, keeping it afloat as it carefully chooses investments, including oil and gas projects, with a high economic return.”

“Meanwhile, its competitors that stick to the old oil industry business model will have no choice but to continue to develop hydrocarbons—even if their “proved” reserves ultimately prove to be financial duds.”

A new business model is already in the make. By 2040 Europe could devote 40,000 km (24,800 miles) of natural gas pipelines to hydrogen  once production and imports become fully implemented. 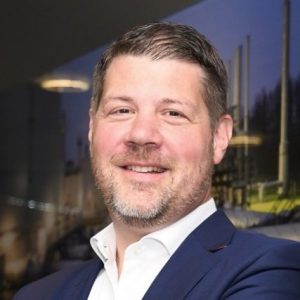 Daniel Muthmann, head of corporate development, strategy, policy and communication at Open Grid Europe(OGE), stated at a recent webcast “that it is technically possible and economically feasible to use the existing gas infrastructure to create this hydrogen backbone”. The European Hydrogen Backbone study is supported   by 23 gas infrastructure companies from 21 European countries.

On the road to decarbonisation, European policymakers aim for the region to produce, transport and market green hydrogen from renewable energy via electrolysis to replace “grey” hydrogen from gas, and to substitute oil products across manufacturing industries and in heating and transport.

Costing could be more than $50Billion. Approximately 70% of the proposed hydrogen network would consist of upgraded natural gas pipelines; the remaining 30% would be needed to connect future hydrogen consumers in countries with currently few gas grids, but foreseeable high hydrogen demand and production.

Wood Mackenzie has just released an  accelerated energy transition scenario (AET-2) to 2050:  “ the energy market would be progressively electrified and the most polluting hydrocarbons squeezed out. Prices would come under pressure as demand falls and, in a ‘Copernican revolution’, the traditional relationship between oil and gas prices would be turned upside down.”

According to Wood Mackenzie the AET-2 scenario the world is on course for near 3 °C warming because of renewed energy demands and the challenge of reducing CO2 emissions.

“The AET-2 scenario is based on the Intergovernmental Panel on Climate Change carbon budget allocation for the next eight decades, to 2100. It sets out our view of how the world can limit the average rise in global temperatures to 2 °C compared with pre-industrial times, examining potential policy drivers, cost reductions and technological innovations. Electrification and low-carbon fuels are central to meeting the 2 °C limit. .. we estimate that electricity meets 47% of total final energy consumption globally in 2050 compared with 20% today. Three key assumptions underlie our AET-2 scenario:

AET-2 has massive implications for oil and gas demand in 2050: 70% lower than today. From 2023 onward oil demand drops with year-on-year fall of around 2 million barrels per day (bpd). Total oil demand by 2050 is down to 35 million bpd.

Under AET-2 the assumption is that as many as 80% of new vehicles sold are electric, either battery-driven or hybrid. Heavy transport- ships and trains- are electric or hydrogen driven. Non-combustion liquid petro-chemical demand for plastics is damped by higher rates of recycling.

The contrasts between the visions of Citibank, Europe’s Hydrogen Vision, and Wood Mackenzie’s AET-2’s are startling to say the least and provide Africa sufficient food for thought. Africa is part of the global energy network and regardless of what it does or does not do, the energy transition will have massive implications for Africa in the coming years.