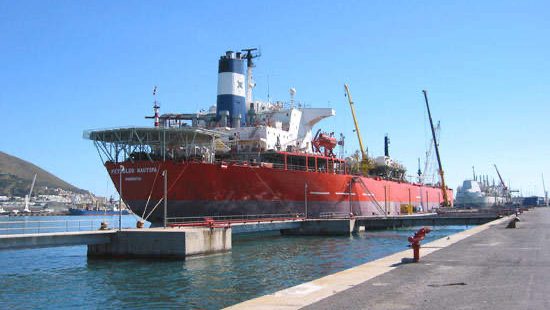 US minnow VAALCO is looking to reduce its operating costs on the Etame field, offshore Gabon, by dispensing with the services of Petróleo Nautipa, the Floating Production, Storage and Offloading (FPSO) owned and managed by the Norwegian service company BW Offshore.

The operator has announced that it has signed a non-binding letter of intent with the Omni Offshore Terminals Pte Ltd to provide and operate a Floating Storage and Offloading (FSO) unit on the field for up to 11 years.

The one-year contract extension with BW Offshore for PetróleoNautipa expires in September 2022. Gross crude oil output on the Etame field is 17,200BOPD, of which VAALCO holds 31.1% operated interest.

“The Omni FSO proposal could reduce VAALCO’s operating costs by 15% to 25% when compared to the current FPSO contract during the term of the proposed agreement”, VAALCOsays in a release. “Maintaining the current FPSO beyond its current contract or transitioning to a different FPSO would require substantial capital costs”, it adds. “Estimated capital investment of $40 – $50Million gross ($25 – $32Million net to VAALCO) for deployment of the Omni FSO and the required field reconfiguration, with approximately 20% invested in the second half of 2021 and the balance in 2022 with an expected payback of less than three years”.

VAALCO explains that in the new field configuration, the FSOwould store and offload the production and processing would be completed on the existing platforms.

The company is currently forecasting that its capital costs for the FSO and field reconfiguration, as well as its planned 2021/2022 drilling programme, can be funded with cash from operations and cash on hand;

VAALCO and Omni, having agreed to an exclusivity period through June 1, 2021, will engage in further discussions with the intent to finalize a definitive agreement.

VAALCO however says that there is as yet no assurance that itsagreement with Omni will be finalized “and any such agreement will be subject to Board approval by both parties as well as Etame joint-owner and Gabonese government approvals”.