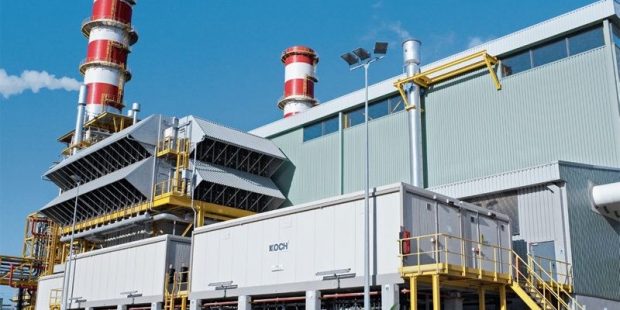 Saleh Mamman, Nigeria’s Minister of Power, who has only spent close to 20 months in office, identifies liquidity issue as the most important challenge of the country’s electricity supply industry.

Nigeria generates around 5,000MW of electricity, which is inefficiently transmitted and poorly distributed.

Mamman has constructed a framework for the sector with, Infrastructure Alignment as the Number 1 focus. He wants to fix the infrastructure gap in Transmission and Distribution, by executing the Electrification Plan, which is, largely the Siemens Plan he met on the table.

That plan, which will cost around $2Billion aims to refurbishsome very important equipment and construct new ones, in order to deliver far more generated electricity than its being done now

Saleh’s second focus is a soft power item: Market Efficiency and Transparency..involving the refinement of the commercial technical, and regulatory components of transaction agreements; promoting fiscal discipline and effectively utilizing all sector loans (World Bank and Payment Assurance Facility) as well asenforcing market discipline and contract effectiveness by the regulator.

This is the area that the private sector part of the chain -the Generating Companies (gencos) and the Distribution Companies (discos) -has seen the most cause to criticize government for not addressing. So, it has to be addressed.  But it can be far more challenging to deliver than building infrastructure and it is a perpetual work in progress. What it needs, for a start, is the high visibility of the Minister’s body language. And Saleh has shown a particularly good example.

In a recent case he queried the changes to the minimum capacity quantities of two power plants: Olorunsogo and Omotosho, by the Transmission Company of Nigeria (TCN). He publicly criticised the company’s non-compliance with the rulings of the Nigeria Electricity Regulatory Commission (NERC)-arguing, forcefully that such attitude of a government owned company to the regulator, “poses not only operational challenges but also reputational implications for the sector, and by extension, the Federal Government”. Saleh directed that NERC’s rulings “should be obeyed”.

The Saleh Blueprint’s third thematic focus area: Corporate Governance/Sector Policy Coordination may come across as different from the second, but the way to address it is similar: largely by the Minister’s own body language. In fact, if Mamman Saleh forcefully backs the NERC as a regulator, and vigorously promotes its independence, NERC would have little reason to think it has to court the National Assembly (the parliament) for approval on any issue. The same way the Minister addressed the case of TCN versus NERC case, and came out courageously to respond to the National Assembly’s suggestion to postpone the idea of cost reflectivity, his interventions can send out positive message about law and order on several other interface issues.

The Nigerian government has finally shown the politically will to allow a cost reflective electricity tariff, after significant pressure, ntably from the IMF..

The last two focus areas in Saleh’s Blueprint, are equally challenging: Increase Energy Access, which talks of extending the net of electricity offgrid and the Execution of Legacy Projects. These are two focus areas whose execution can readily slip because most of the work is outside the minister’s ready grasp.

For the Increase in Energy Access, which in the framing in Saleh’s blueprint, is largely about renewables and minigrids, significant inflow of capital is required, outside those already committed to the Siemens Plan and the Pre-Siemens funding on Transmission infrastructure. It is true that the Minister’s success in other areas, especially Market Efficiency and Transparency and Governance, will help in unlocking the vault, but these things have to be happening around the same time, so some Big Bold New Idea has to be seen by the Renewables Community and Private Equity Funders and Development Financiers around the World.

Regarding the Legacy Projects, a lot is riding on trust by the investing community, because, truly, in the year 2021, the Nigerian state shouldn’t be funding, from the treasury, a mammoth project like the 3,500MW Mambila Plateau Hydroelectric power. Yes, if that community sees that the needle is moving in the right direction in terms of Market Efficiency (Focus area Number 2) and Governance (Focus area Number 3), they will show interest. But we still need to provide solid commercial case

That is why we argue Saleh Mamman’s framework has a bit of challenge in detail.

I am not looking for nuts and bolts, but there is little inkling of what we can do differently to pull the likes of Mambilla, which will make a significant difference in generation capacity, even to communities not being served at the moment.

Nigeria’s BIG plan to unlock the suppressed generation capacity is the SIEMENS plan. But what are the equivalents of this idea for Renewable IPPs and the Legacy Projects? How do investors see clear line of sight to recouping their money?

We all know what happened about Renewables in South Africa between 2012 and 2015. The country was on the road to becoming one of the world’s largest renewable industries, without a single cent of government spend. And there were increasing localization achievements from Bid window to bid window -this was at government’s insistence and the investors were willing. Then (the power utility) Eskom started to talk down the commerciality and government, treating Eskom -as the be all and end all- made the mistake of listening too earnestly to Eskom. And all that investment dried up.

Finally, the Saleh Framework Plan is significant for what it says as it is for what it does not say.

One crucial thing it does not say is how the Ministry of Power will gain some handle on Gas to Power. I think that successive Power ministers have been too shy about demanding to understand the link between the reservoirs that geologists find, (and which engineers develop) and the Power Plants.

The mistake that is largely made is that “Oh: that broken link is a standard problem. Once it is fixed; everything will be alright. And the Ministry of Petroleum will fix it”.

No please, it’s a long, ongoing process of request, engagement, understanding, fixing, mitigation, all the time.

And it is better for the Power Ministry to be fully attentive, with its own men, to the little details. Because, when you make those transmission and distribution gains after the Siemens Plan is implemented, you will find that you’d be struggling to get the gas to generate the power you thought was there ready to be generated.

Olusegun Obasanjo, Nigeria’s President from 1999 to 2007, used to superintend a monthly, fortnightly meeting with gas producers, who were invariably the major oil companies. He convinced two of them (ENI, Shell) to build a power plant each.Those are today, some of the country’s most reliable plants and they most readily receive natural gas in the country.