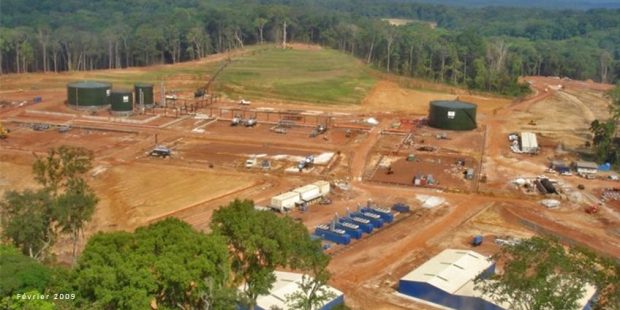 In our narrative, the symbolic David is best represented by Carlos Amaral, General Manager of ACREP, a small independent Angolan oil producer. Amaral, no stranger to controversy, has been at ACREP’s helm for 17 years, steering it through the various boom and bust periods.

ACREP has to date carried out 17 exploration wells, costing $150Million, and discovered 7 fields but has only put one in production.  By 2024 the company will produce around 7 000 Barrels of Oil Per Day (BOPD).

Recently  he talked at length to The Energy Year about how the industry in Angola and possibly how Africa can evolve. In the next 5-6 years Amaral predicts oil production in Angola will plateau at around 1.2 -1.3MMBOPD. Given that a field’s production will decline about 10-12% per year, you would require an additional production of 120 000BOPD to maintain the  current status.

Because of low oil prices, the economy and a low level of international oil consumption, no one is going to do any exploration and new production is not expected before 2025. Amaral is in favour of maintaining a lower level of production- 900, 000BOPD -1MMBOPD- to try and take advantage of the oil price and not emptying the reservoir.

According to Amaral “There is no better deal than coming into Angola, investing in a small player like ACREP and making good money. It is good, clean money based on low risk and solid management.”

The voice of Amaral’s ACREP is not an exception and many Davids are present throughout Africa. Many are active in the oil and gas sector. Yet will their voices be heard in the energy transition? Will their voices be seen as a prelude to proclaiming  their oil and gas resources as stranded assets? Which help if any can they anticipate?

Oil and Gas in Terminal Decline

The terminal decline of the oil and gas sector was officially recently announced on 18 May 2021 by the  International Energy Agency (IEA). Its net zero emissions goal for 2050 means no new oil and gas fields beyond 2050. Simply put, more fossil fuels are entirely inconsistent with reduced emissions. It can be argued that the IEA’s mandate is to monitor and report on energy transition issues, not to initiate and be the lead on such issues. But the die has been cast and the verdict has been declared.

The IEA may have been voicing publicly what was being discussed in the corporate boardrooms of Asia, Europe and the USA and the international agencies such as the International Energy Agency(IEA), World Bank, IMF, and the regional development banks. Yet was the voice of Africa listened to? After all emission levels in Sub-Sahara’s two major petro-economies- Nigeria with .73% and Angola with.25% – are negligible when compared to China’s 28% and the USA’s 15%.

Of course Africa is not indifferent or unaware of the Paris Agreement and its consequences. How well is Africa prepared to be CO2 free by

2050? What contribution can be anticipated from Africa’s oil and gas sector? Should Africa be given dispensation and consequently more time to rid itself of CO2 emissions beyond 2050? Would awarding CO2 dispensation to Africa- in short delegating this to Sub-Sahara Africa’s two major national oil companies- Nigerian National Petroleum Corporation(NNPC) and Sonangol, Angola- be an award for legitimizing incompetence?

NNPC’s operating subsidiary, NPDC(Nigerian Petroleum Development Corporation) has in Africa Oil + Gas Report been referred to as “a massive, incompetent wrecking ball”. NPDC is seen as a bright star within the NNPC’s portfolio. Why? Only because the degree of its performance is in direct proportion with the help it gets from its partnership with private entities.

Sonangol Angola’s state oil company is now only a shadow of what it once was. It has now been stripped of its two key roles: as concessionaire which was a highly judicious key role giving it monopoly power and legitimacy it had achieved and as state oil company with its monopoly responsibilities for exploration and development of oil and gas resources.

In the Angola of today power has become diffused: Sonangol has been stripped of its concessionaire role and is loaded with a mountain of debt; and the IOCs have the freedom to explore and market their natural gas. Developing green energy is certainly beyond the core competence of Sonangol.

If NNPC and Sonangol are perceived of not having their own house(s) in order how can they be expected to be leaders in the Energy Transition? Does it make any sense to give the  same driver, who drove the initial bus off the cliff, keys to drive the new bus?

Juggling and Counterbalancing the Assets

In the current low carbon environment, the IOCs (international oil companies) are constantly juggling their portfolios in order to maintain profitability and low carbon emissions. They have no hesitation in abandoning assets which do not meet investor grade. Leaving their national oil company partners scrambling.

Back in September 2020  Rystad, the Norwegian energy research  company reminded the investment community that the oil and gas majors are actively pruning their oil and gas assets stating: “The world’s largest oil and gas firms could sell or swap oil and gas assets of more than $100 billion in order to adjust and transform to cleaner sources of energy”.

The Rystad Energy Study, covers a wide geographical spread  and includes ExxonMobil, BP, Shell, TOTAL, ENI, Chevron, ConocoPhillips, and Equinor. The eight companies may need to divest combined resources of up to 68 billion boe, with an estimated value of $111 billion and spending commitments in 2021 totalling $20 billion.

The key criteria for determining whether a major oil company would benefit from staying in a country are the company’s cash flow over the next five years, the potential growth in its current portfolio, and its presence in key E&P growth countries towards 2030. Based on this, Rystad claims that majors may seek to exit about 203 varied country positions and, as a result, reduce their number of country positions from 293 to 90.

The latest sign of things to come is a possible merger of activities between BP and ENI in Angola and possibly other regions. A precedent for the BP and Eni merger talks in Angola finds its  roots in Norway. In 2018 Vår Energi was created through a merger between HitecVision’s Point Resources and ENI Norge.

With a hurried exit and downsizing of the oil majors in Africa,  private  and state African oil and gas companies should look to  investment vehicles such as HitecVision which can help fill the  impending vaccum.

The need for more outside players is very apparent. With the vacated space left by the majors there is room for innovative and  indigenous players who can put together deals. Much like what has happened in the North Sea. The majors- including BP and Shell- selling key assets that were bought up by smaller companies who saw new investment opportunities.

Do not expect only oil and gas deals. More likely  oil and gas deals with green strings attached which international investors are demanding. And why not? If the international community expects Africa to become green, Africa should leverage its economic muscle: act as an economic bloc and put together an energy roadmap demanding appropriate financial packages.

An energy roadmap must Involve both the private and public sectors. In particular helping the Davids  of Africa to expand their businesses and create new opportunities. Certainly this is an avenue that would be welcomed by the IOCs. Private sector financing could prove to help the Davids of the private sectorand be a positive counterbalance to the national oil companies.