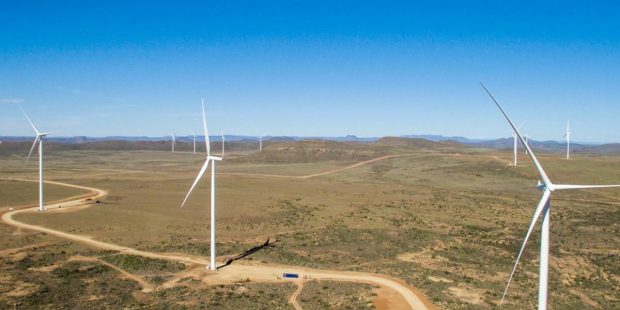 The oil industry’s major companies are playing a key role in new energy investment around the world.

Italy’s ENI and Norway’s Equinor are all prioritizing their investments in various technologies in the energy mix, even as they reel from the results of hydrocarbon demand destruction wrought by the COVID-19 pandemic.

The majors will construct huge wind farms offshore Europe, install thousands of solar powered turbines in Asia and the Middle east and establish more Biofuel refineries in the Americas, but they won’t do more than a little of these in Africa.

The neglect of investments in renewables in Africa has as much to do with the unwillingness of these large, transnational corporations to get into non-extractive projects whose deliverables are purchased in local currency at the retail-level, as it is to do with the low expectations, minuscule ambitions and little mindedness of the ruling elite on the continent.

The notion that a company like TOTAL, now renamed TOTALEnergies, which is leading in new investments in fossil fuels development in Africa, will also turbocharge its investment in Africa’s Energy Transition, is way over extended.

True, TOTALEnergies is the only oil major which has competed, albeit in an indirect way, in a bid round for renewable energy projects anywhere in Africa. In 2013, its affiliate, the NASDAQ listed SunPower, was selected as the preferred bidder for an 75Megawatt-peak (MWp) ground-mounted solar power project by South Africa’s Department of Energy (DoE). TOTALEnergies owns 27% of the project, along with five partners, while SunPower waschosen to provide Engineering, Procurement, Construction (EPC) services and long-term Operation and Maintenance for the plant, located in Prieska, in the province of Northern Cape. SunPower has also installed two photovoltaic power plants, totaling 33MW, near Douglas, also in the Northern Cape. TOTALEnergies itself is a partner in decentralized rural electrification programmes through Kukhanya Energy Services (KES) in the KwaZulu Natal province. Impressive as they sound, these projects are far shy of 150MW in total capacity and TOTAL’s equity in them is even far less. Plus: SunPower is not exactly a subsidiary of TOTALEnergies. However, SunPower’s contribution in South Africa is significant: it runs a solar manufacturing plant in the country, producing up to 160 megawatts solar panels per year.

As European majors go, ENI compares with TOTALEnergies as a keen explorer and producer of hydrocarbon in Africa’s frontier, but it is hardly excited about investing in future energy in this region.

In January 2021, ENI launched, with fanfare, the installation of a 14 KW solar system in some medical facility in Angola, with the company saying that it “aims to promote renewable energies”. Two months later it inaugurated construction work on a 50 MW photovoltaic plant in the South of Kazakhstan.  ENI produces around 100,000BOPD (net) in Angola and its output is trending upwards, as it makes new discoveries; in Kazakhstan, it delivers 111,000BOPD.

Meanwhile, the 50MW Solar plant in Kazakhstan is an add-on to a 48MW windfarm the company has constructed elsewhere in that country.

BP IS WRAPPING UP FROM SUB-SAHARAN AFRICA: it is looking to divest from Angola, from which it has extracted over a Billion barrels of oil in the last 20 years. BP operates around 140,000Barrels of Oil Per Day production on Blocks 18 and 31, where it holds 50% and 26.6% equity respectively. It also has stakes in the TOTALEnergies operated Block 17, and ExxonMobil operated Block 15, the two largest crude oil producers in Angola. The company is leaving Angola because it does not fit into its immediate fossil fuel future, which is focused on natural gas. The British major, however, expects to build its home country’s largest Clean Hydrogen Facility: a 1,000MW ‘blue’ hydrogen project. Its investment in low-carbon projects will jump to $3Billion by 2025 and $5Billion by 2030, with major investments planned in bioenergy, hydrogen and carbon capture and storage. BP excludes Africa from all its renewable energy plans, including the proposal to start ‘advising cities on ‘power packages’ with renewables, back-up batteries and financing’ and increase electric vehicle recharging stations by almost tenfold at its retail gas stations from current level of 7,500 to 70,000.

Equinor extracts 120,000Barrels of oil equivalent every day from the Atlantic Ocean on the edge of Angola, down from a peak of over 240,000BOEPD ten years ago. When asked if the country would be part of the company’s renewables portfolio, Nina Koch, Equinor’s CEO in Angola, recently said it all depends on the available concessions.  “Whether there is a market for wind, solar and so on we have yet to see. If the government is putting forward concessions for offshore wind farms, for instance, we would definitely be interested in looking into that”. And then the clarity, she allowed: “For the time being, we don’t have any concrete plans for renewables in Angola”.

We have to cut Equinor some slack here. It holds 15% of the total shares of Scatec, a leading Renewable Energy provider in Africa.

Chevron’s focus is not so much about investing in stand alone renewable energy projects, but in increasing renewable power in support of its business to lower its carbon intensity.

The Norwegian energy research company Rystad, told the investment community, in September 2020, that oil and gas majors are actively pruning their oil and gas assets, stating: “The world’s largest oil and gas firms could sell or swap oil and gas assets of more than $100Billion in order to adjust and transform to cleaner sources of energy”.

I can vouch that over 10% of that $100Billion will be cashed out of African portfolios. Shell, for one, will likely take over $7.5Billion out of Nigeria between 2021 and 2025. Shell has funded some offgrid projects through solar power developers in Nigeria, a country that almost represents the sum of all of Shell’s presence in Africa. But the scale of these renewable power interventions is minuscule. To put it in context, Nigeria itself does not have up to 50MW of solar and wind power capacity.

Oil majors are funding clean energy from the balance sheet of dirty fuel. As I was concluding this article, TOTALEnergies tweeted on April 9, 2021: “We’re using oil production to help finance the #energytransition and achieve our ambition to reach carbon neutrality by 2050, a point stressed by our Chairman & CEO @PPouyanne”. Around 30% of TOTAL Energies’ production is in Africa, but less than 0.5% of its new energy investment will directly benefit the continent. And yet, from all analysis, TOTALEnergies is the best African renewable energy investor out of the six oil majors.

This article was initially published in the April 2021 edition of the Africa Oil+Gas Report.

« How David Slew Goliath
The First Storage Project for A Renewable Energy Farm in West Africa. »