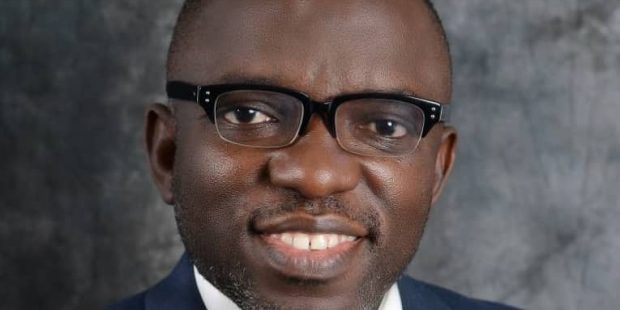 …Dismisses the rumour that the company was awarded stakes in several fields.

The Nigerian government’s expectation of raising half a billion dollars from signature bonuses, has imposed significant financial pressure on participants in the about-to-be-concluded bid round of marginal fields, in the opinion of the chief executive of a homegrown E&P independent.

“By our own assessment, I think it is overpriced”, contends Osa Owieadolor, the Managing Director and Chief Executive Officer of Platform Petroleum, itself a marginal field operator. “In (the last marginal field bid round exercise) in 2003, $150,000 was paid as signature bonus, but now it is ranging from $5,000,000 to as high as twenty-something million dollars. That’s a lot of money!”

Owieadolor, 51, who retires from the job at the end of this month, says he is not canvassing for a signature bonus as low as $150,000, “but $5Million for a marginal field is too high” and this is one of the lowest figures.

The government, apparently, is targeting early revenues from the process into the national treasury. Sarki Auwalu, the CEO of the Department of Petroleum Resources DPR, the industry regulator, set out the agency’s expectations in a televised interview with the local TV channel Arise News last February. “We estimate [signature bonuses] will be not less than $500Million, which is on the conservative side,” Auwalu said.

Owieadolor argues that field development activity should take the primacy of place. “For marginal fields, you need to look beyond the signature bonus. You want to come up with a low figure that is an incentive to encourage people to focus on the development costs. Because that is really the key thing. The idea is not to have these assets, you pay for signature bonus, at the end of the day, you’re not able to develop it. The awardee should not feel much pressure when it comes to the signing into the asset, that s/he loses clear line of sight to first oil. I think the signature bonus was overpriced”.

Asked if the stellar performance of some of the fields awarded in the last bid round exercise could have encouraged the government to raise the tariff this time, Owieadolor responds in the affirmative. “I think that is one of the factors that DPRused”, he says. “Some assets that were reported as having very low reserves have, over time, produced way above what was booked as the reserves”, he testifies. “But you have to look at the capacity to fund. It’s not about owning the asset. You own the asset, you pay government so much upfront and then you cannot fund the development; after five years, the lease expires on you. When you have a situation where a lot of these awardees and co-awardees are first and foremost going to be struggling, some people are even trying to get debt facility for signature bonus, you’ll run into problems. For signature bonus, you should be able to secure some bit of equity funding for that. Then when you now get to your real development, a mix of debt and equity can see you through all of that”

Platform Petroleum has produced the Egbaoma field, in northwestern Niger Delta basin, for 14 years, with current oil production of around 3,000Barrels of per day and natural gas output of 22Million standard cubic feet per day, pumped into the Nigerian Natural Gas Grid system.

“Difficult access to financing even played a huge role in the activities of the 32 companies who were assigned 24 marginal fields in 2003/2004. Today, only about 40% of that group that achieved full development of their assets. Those that were able to achieve first oil within the first five years were actually less than 30%. A number of them had to seek extension and all that”.

Owieadolor dismisses the rumour that Platform was awarded stakes in several fields in the ongoing round. “We were awarded just a quarter of the equity in one field”, he clarifies. “For us, that again surprisingly is one of the disappointments we’re seeing in this bid round. We had thought that companies like ours that were part of the 2003 Bid Round, we’ve clearly demonstrated capacity, we’ve grown experience over the past almost two decades and we felt that companies like us, would have been given some special considerations in this process. But for some reasons, we were treated like any other applicant. But that is what it is”.

In the current round, no single field is assigned to a single company; all fields are awarded to multiple companies and the would-be partners” are expected to form a Special Purpose Vehicle per field. Owieadolor considers it bit premature to write off the SPV idea. “The flip side of that arrangement is now you have different entities coming together. There’s a bit of collaboration. You expect that the equity funding would be improved. When you have four entities in an asset, so it’s going to be easier for the four entities to contribute their share of whatever the signature bonus will be. You’re going to be funding based on that Pro-Rated obligation. But getting the right synergy is really where the question is. But I think that can be worked out. We’re already seeing it playing out, a lot of engagements are going on, there’re all kinds alliances here and there. You have 161 companies that were awarded about fifty-something assets. Perhaps you have about 70% of this number struggling to pay their signature bonus. Then maybe out of that, you have another 20-30% in the next two-three years are able to achieve first oil. If that happens, the pattern is not different from what we had previously. For me overall, you can say that is some success.”