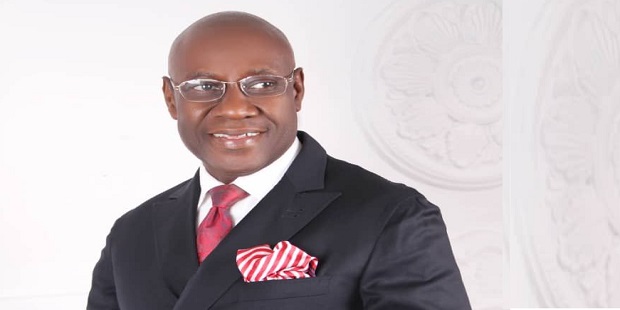 He replaces Gbite Falade, who left the company in February to become the CEO of Niger Delta Petroleum, an oil producing company.

“Cliffe is a 1990/1991 session First Class graduate of Chemical/Petrochemical Engineering from the Rivers State University of Science and Technology who is widely recognized as a highly accomplished Oil & Gas industry executive”, Oilserv Limted says in a release.

Mr. Cliffe has his work cut out. This company is quite busy.

Oilserv was one of the two main contractors which constructed the Oben to Obiafu-Obrikom (OB-OB-OB) pipeline, currently in commissioning. It is, as we write, building half of the 614 kilometre long Ajaokuta Kaduna Kano (AKK) Gas Pipeline.

The company says of its new GCOO, effectively its No 2 man, after founder/ CEO Emeka Okwuosa: “Cliffe has exceptional leadership skills and esteemed international exposure”. Oilserv explains: “Throughout a career that spans over 29 years, Cliffe has garnered a reputation as an innovative, result-oriented visionary leader in the global Upstream Oil & Gas industry. In close to three decades in the industry he has held various roles that span four continents and 14 countries including prime energy markets such as the United States of America (Gulf of Mexico), United Kingdom (North Sea), Nigeria, Angola, Equatorial Guinea, Ghana, Congo, Gabon, Cameroun, Ivory Coast, Chad, Sao Tome and Yemen”.