OPAC Refinery: “We Thought We Were the First in Nigeria” 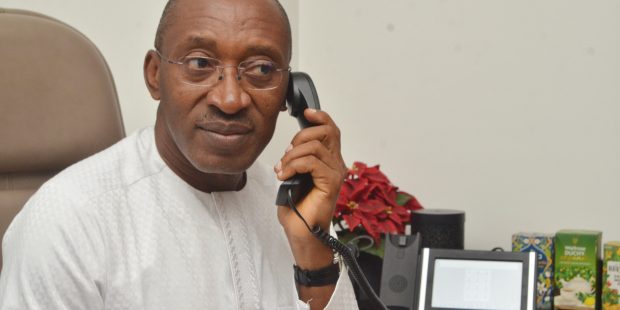 By Foluso Ogunsan and Akpelu Paul Kelechi, in Lagos

The OPAC (Modular) Refinery, located in Kwale, in the Niger Delta basin, has taken so long (Four years) from conception to completion, largely because of the bureaucracy of constructing a hydrocarbon processing facility in Nigeria, in the opinion of Momoh Jimah Oyarekhua, the refinery’s CEO.

“We had various issues, because we were more or less like pioneers, we had to fight for waiver and that meant going through processing, going through the Ministry of Petroleum, going through the Ministry of Finance, going through Customs. At some point it was now gazetted by the Presidency,” Oyarekhua discloses. “While we were waiting for waiver, which took us eight months, we had some of our equipments stolen at the port. Our intention was to complete the refinery by the end of 2018, or maybe if it spills over, in 2019. But we had some of our equipment missing, some of that equipment had to be reproduced, which opened us to cost because we were at the forefront”.

Oyarekhua’s use of words like “pioneer” and “forefront” would suggest that the OPAC Modular refinery is the first in the country. In truth, as the 10,000BOPD OPAC refinery undergoes commissioning stages, there are already, on ground, two such facilities fully functional: the Niger Delta E&P (NDEP) owned, three- train 11,000BOPD Ogbele Refinery in Ogbele, in Rivers State and the Waltesmith Petroman owned 5,000BOPD Ibigwe refinery in Imo state, on the eastern flank of the Niger Delta basin.

But this is how Mr. Oyarekhua frames his narrative of OPAC being a pioneer:

“When we were conceiving the idea of this refinery, (in 2017), I truly would say that I did not know any other refinery existed in Nigeria. When we asked around we were only aware there was a one thousand barrel a day topping plant owned by NDPR stripping out the gasoil in their crude. When in 2017 were thinking of actually building a Modular Refinery. Before then, there were licenses and all that. It began to dawn on us that there was a space that we could play”.

Records at the Department of Petroleum Resources (DPR), the country’s regulatory agency, indicate that the ‘authority to construct’ (ATC) a refinery was only granted to Waltersmith Petroman in March 2017, whereas OPAC refinery received its own ATC, six months after, in September 2017. It’s also true that, as of that time, NDEP was only running its first train, a 1,000BOPD (crude oil to diesel) topping plant-a valid refinery itself no doubt- but had not been granted licence to increase the complexity of the unit to the 11,000BOPD refinery it is running today. DPR records show that ATC for NDEP’s second train 5,000BOPD refinery and third train 5,000BOPD refinery, were both granted in December 2018.

From DPR’s records, then, Oyarekhua’s claim of being a pioneer, despite “meeting” two refineries on ground, is not necessarily wrong.

But OPAC had other challenges that ensured the facility’s delay in delivery.

“This project is financed by equity, there isn’t debt. When there are variations, we go back to the drawing table trying to raise money. It’s different from the WalterSmith one that government through NCDMB gave money and all of that. Our models are different, we could be struggling at some point, but they already had everything well worked out”.

The full interview with Momoh Jimah Oyarekhua, CEO of OPAC Refinery, can be read in this link.

« Funding is the Challenge for Ugandan Government’s Stake in Refinery
Ibigwe: An Industrial Park Grows on the Back of a Marginal Field »