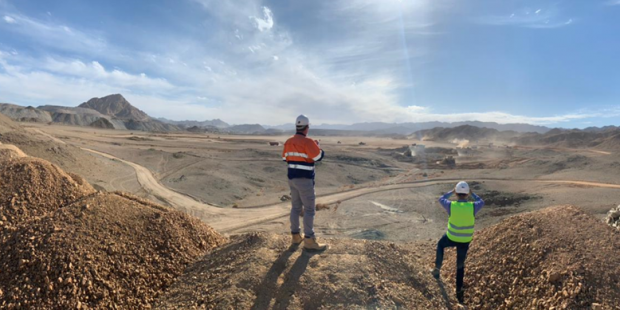 Centamin has awarded juwi and Giza Systems the contract to construct the world’s largest solar hybrid project at an off-grid mine for the Sukari Gold Mine in Egypt.

The 36 MW solar farm and a 7.5 MW battery-energy storage system will tangibly reduce CO2 emissions of existing diesel power station. It will also reduce the cost of power, juwi says in a release.

The total project Capital Expense is $37Million but it will lead to between $9-13Million annual savings in diesel cost, Centamin says in a briefing.

The solar system designed by juwi will maximise generation with bifacial solar PV modules and a single axis tracking system, taking advantage of the high irradiance at site, the developer explains. Juwi Hybrid IQ micro-grid technology will enable the integration of the solar and battery system into the existing off-grid network and support the operation of the existing power station.

The benefits of the hybrid power solution at Sukari include:

• Reducing diesel consumption by an estimated 22Millionlitres-e per year;

• Lowering carbon emissions by an estimated 60,000 tCO2-e per every year;

• Reduction of all in sustaining costs;

• Increased reliability of the power system.

“The mining industry accounts for 10% of the global energy consumption and many minerals play a vital role for the energy transition. We are glad to support the resource industry on their de-carbonisation pathway with our dependable solar, wind and battery solutions”, juwi adds,