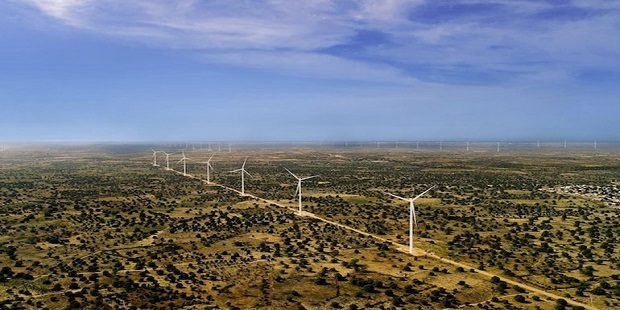 The biggest developers of renewable energy projects in Africa are names that were rank unknowns 15 years ago.

Africa is host to hundreds of off-grid renewable energy facility under construction, but this article will highlight only those companies involved in relatively large on-grid projects, in particular, those who have been involved in solar or wind projects in excess of 75MW capacity.

Scatec, a Norwegian company claims to have the largest solar energy capacity in Africa (400 MW in Egypt, over 300 MW in South Africa, 40 MW in Mozambique, 300 MW under construction in Tunisia).

But you have to consider the impressive resume of ACWA, the Saudi owned developer which came to international prominence in 2012, when it was announced in both Morocco and South Africa as preferred bidder in a key solar project in each country.

In Morocco, ACWA was granted the Build, Operate and Own (BOO) contract for the 160 MW NOORo I Concentrated Solar Power Plant, the first of several Independent Power Plants (IPP) projects planned by the Moroccan Agency for Solar Energy (MASEN) at the Ouarzazate Solar Complex. It was commissioned in 2016 and 73.1% owned by the company. In South Africa, ACWA won the bid to construct the 50MW Bokpoort CSP Independent Power Project, located in the Northern Cape Province.  In 2014, ACWA acquired a controlling stake in the Khalladi 120 MW Wind Farm in Morocco, an Independent Power Project IPP that had been developed by UPC Renewables. In 2018, ACWA completed the installation of the 200 MW NOORo II CSP Project, developed as the second project for MASEN in the series of planned developments at the Ouarzazate Solar Complex, a 500 MW solar park incorporating several utility-scale solar power plants using various solar technologies. ACWA has since completed NOORo III CSP , the 150 MW capacity third solar facility on the Quarzite complex.

Lekela Power, created by the British owned investor Actis, developed the 250MW West Bakr Wind Farm, a BOO project located in the Gulf of Suez in Egypt. The company also developed the 158MW Wind Farm, Taiba N’Diaye, Senegal’s first utility-scale wind farm. Commissioned on the last day of July 2020, the initial phase of the project is pumping 55 megawatts (MW) of renewable energy into the national grid. When fully completed this year, the Wind Farm will provide 158 MW of electricity to Senegal’s grid, or 15% of the country’s generation capacity. As an added bonus, Lekela plans to invest up to $20Million in community development efforts over the wind farm’s projected 20-year lifespan, which will be a big boost for those living near the project site. Lekela had earlier delivered the 140MW Loeriesfontein 2 in the Hantam Municipality in South Africa’s Northern Cape in 2015; commissioned the 80MW Noupoort Wind Farm in the same country in 2016 and completed the Khobab Wind Farm in December 2017, also in South Africa. These projects were contracted under the Renewable Energy Independent Power Producer Procurement Programme (REIPP). In the last three years, Lekela has also completed the 110 MW Perdekraal East Wind Farm in South Africa’s Western Cape and the 140MW Kangnas Wind Farm in the Nama Khoi Local Municipality in the country’s Northern Cape.

South Africa has proven to be both the breeding ground of startup renewable energy firms and the playground of large, multinational developers. The ENEL group, an outgrowth of the Italian energy utility, operates in the renewable energy space as ENEL GREEN POWER (EGP). The company says that the commencement, online, of the Nxuba Wind Farm, in December 2020, brought its total operational projects in South Africa to eight, with an overall installed capacity of more than 650 MW.

ENEL is developing the Karusa and Soetwater Wind Farms, each with an installed capacity of 140MW, in the Karoo Hoogland District, Northern Cape province, to be completed by the end of 2021. The company’s other completed projects include the 88 MW Nojoli Wind Power plant in the Eastern Cape province (2016) and the 111 MW Gibson Bay Wind Farm also in the Eastern Cape. ENEL has constructed the 82.5 MW Pulida solar power plant in the Free State, the 66 MW Tom Burke Solar Power plant in Limpopo, and the 82.5 MW Paleishuewel Solar Plant in the Western Cape. EGP has announced a joint-venture partnership with the Qatar Investment Authority (QIA) aimed at financing, building and operating renewable energy projects in sub-Saharan Africa. In a first phase, QIA will acquire 50% of EGP’s stake in 800MW of projects in operation and under construction in South Africa and Zambia. ENEL said the JV would combine its industrial expertise with QIA’s long-term investment strategy, in line with the two companies’ sustainability and decarbonisation targets.

ENGIE, formed 13 years ago through the merger of Gaz de France and Suez, is credited with construction and operation of Africa’s largest wind farm to date: the 300MW Tarfaya Wind Farm in Morocco. ENGIE commissioned the 100MW Kathu Concentrated Solar Power (CSP) project, in South Africa’s Northern Cape Province on January 30, 2019. The ENGIE /Toyota Tusho/Orascom partnership developed the 262.5 MW Ras Ghareb Wind Farm project near the Gulf of Suez in Egypt, in December 2019. It is the country’s first project in wind energy to operationalize the Build-Own-Operate (BOO) model.

In Tunisia in 2020, ENGIE and (local operator) Nareva were jointly awarded a 120MW solar independent power producer (IPP) project. The Gafsa plant, a solar PV facility, will supply power to more than 100,000 homes in that North African country. In Senegal, ENGIE is starting construction of two 30 MW solar PV projects. The company has also signed an agreement with the government of Djibouti to build a 30 MW solar PV project there in partnership with Électricité de Djibouti.

BioTherm Energy developed the 117.2 MW Golden Valley Wind Farm, commissioned in June 2019, in the Amathole Municipality in South Africa’s Eastern Cape province. In January 2021, the company finished constructing 100MW Kipeto Wind Farm in Kenya. Biotherm Energy was established in 2003 and in 2008, was supported with $150Million by the private equity firm Denham Capital. At the time it was the largest renewable energy investment ever made in Africa. BioTherm has its sights on projects in 10 countries in Africa.

ib vogt and Infinity Solar inaugurated the first part of the 1,500MW Benban solar complex in Aswan Governorate, Egypt, on 13 March 2018. With an output of 64.1MWp, it is also the country’s first large-scale photovoltaic power plant. At the end of January 2019, ib vogt commenced construction of a portfolio of three additional solar power plants with a total capacity of 166.5MW. The 37 square kilometre  Benban Solar Park in Egypt’s Western Desert, was completed in 2019 and composed of 32 individual plants, each producing 20-50 MW, with financing provided by the European Bank for Reconstruction and Development (EBRD), the International Finance Corporation (IFC), and other international financial institutions.

Siemens Gamesa, currently constructing a 100MW Wind Farm in Ethiopia, is intent on expanding its leadership across Africa, and in turn help a growing transition to green energy across the continent, the company says. The German firm says it is extremely pleased to work in Ethiopia, collaborating with the Ethiopian Electric Power, the country’s power utility and “to promote their drive to install more renewables and meet transformational energy targets.” Siemens Gamesa did not construct the 110MW Perdekraal East and 140 MW Kangnas wind farms in South Africa, but it will run and maintain them.

Mainstream Renewable doesn’t own any renewable plant in Africa. But it has constructed sizeable plants for “owners” like Lekela. The 110MW Perdekraal East and 140 MW Kangnas wind farms in South Africa were constructed for the Lekela consortium by Mainstream Renewable. Siemens Gamesa supplied the technology and it is running and maintaining the plants.

There you have it, the lead developers of renewable energy projects on the continent.

This article was originally published in the March 2021 edition of Africa Oil+Gas Report.